The Wildwood Escot is a place of many wonders. It's an outdoor adventure space, has a wild animal exhibit children will love, and, most importantly, an elaborate maze. The Escot Gardens Maze was created in 2004 with walls made of beech hedges. Adrian Fisher, a world-renown maze creator, built the maze for the Escot Estate in the tradition of Renaissance hedge mazes. Historically, these mazes began as purely aesthetic features and then transitioned into puzzles during the 18th century.

The Ashcombe Maze and Lavender Gardens is Australia's oldest and most famous hedge maze. Made from more than one thousand Cupressus macrocarpa plants, the hedges are now over three meters tall and two meters thick. The passages are just wide enough for a person. The Mazekeeper and his team trim the maze several times a year to make sure it remains passable. This Australian maze has two halves, each with a different design.

The Samsø Labyrinth in Denmark sets itself apart from many of the other outdoor mazes on this list because it's made of full trees instead of hedges. It was actually cut from an existing Christmas tree farm instead of being planted. For a few years, Samsø held the record as the World's Largest Permanent Maze. It's the size of 12 soccer fields. If you love mazes but are a bit on the claustrophobic side, this maze is for you. The spacious pathways make the labyrinth feel more like a stroll in the woods than a traditional maze.

While the size of the Samsø Labyrinth set a record, that record was quickly broken by the Peace Maze in Castlewellan, Northern Ireland. The maze was commissioned in 1998 after the Belfast Agreement was signed, signifying the end of years of strife. And in the spirit of unity, children and other community members planted the 6,000 trees that make up the maze. When you complete it, you can ring the bell in the center of the hedges, which is quite a feat considering the maze is over three acres large.

The Peace Maze only held the title of the World's Largest Permanent Maze until 2007. Then the Pineapple Garden Maze took the record when it was expanded. It covers over three acres of land. Fourteen thousand plants make up the maze, and the center of the maze is in the shape of a pineapple. Don't worry about getting lost; there are eight stations throughout the maze with clues that will help you make your way through.

Most of the mazes we've talked about so far have been relatively new. But the Villa Pisani Labyrinth dates back to the 18th century. The villa and surrounding gardens belonged to the rich and powerful Pisani family. They had the maze created by architect Girolamo Fringimelica, who designed the maze in nine concentric circles with a tower in the center. While some historic mazes and labyrinths were created for religious or meditative purposes, it seems as if the Villa Pisani Labyrinth was created for entertainment.

The Hampton Court Palace Maze is another maze that's centuries old. It's the oldest hedge maze in the U.K., dating back to the 17th century. Shaped like a trapezoid, the maze is notoriously difficult to navigate. George London and Henry Wise created it using a puzzle maze strategy, meaning there is more than one path. At the time, this concept was fairly groundbreaking, considering most other mazes followed one path from an outer circle, also called a unicursal maze.

Depending on where you live, corn mazes might be a dime a dozen. But we had to mention Richardson Farm because it's the world's most enormous corn maze, consuming over 28 acres of cornfield. Richardson Farm is well-known for the intricate designs and a new theme for the maze every year. The maze is made up of four smaller mazes, each with its own entrance and exit. So for those who don't want to walk the entire nine to ten miles of trails, you can choose to do one of the four. This year, their theme honors the 50th anniversary of Apollo 11, so the design is cleverly made up of astronauts, a moonscape, and maybe even a little alien or two. 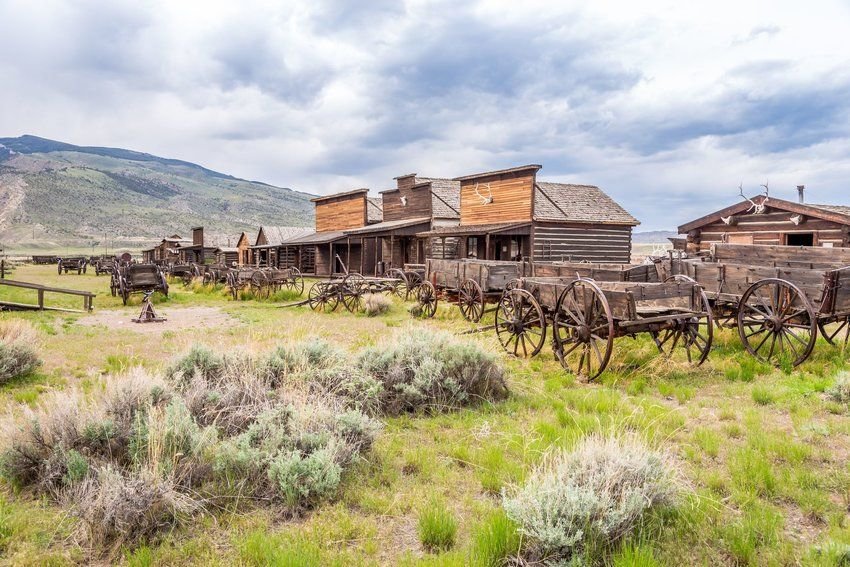 The capital of a country is its seat of power. But did you know that there are actually more capital cities than there are countries? That's because there are a