From towering skyscrapers to the ancient Colosseum, the world is filled with architectural marvels. And since architecture is best enjoyed in person, here are 10 cities that architecture lovers simply must visit.

It’s called the “City of Big Shoulders” for a reason. Chicago is home to some of the oldest skyscrapers, such as the Manhattan Building, built in 1891; the Reliance Building, built in 1895; and Chicago Savings Bank Building, completed in 1905. Most of Downtown Chicago was destroyed in the Chicago Fire of 1871, but the iconic Chicago Water Tower, built in 1869, was left standing. Built solely of yellow Lemont limestone, seeing the 182-foot tower firsthand should be on every architecture lovers bucket list.

Rome is home to some of the world's most photographed structures, including the Colosseum, the Roman Forum and Trajan’s Market. Had it not been for the Romans, designs like the arch and the dome would never have come to be. Rome’s classical structures are a must see. That’s a given. But the city’s Baroque style buildings, which were mostly constructed during the 17th century, are also well worth your time. The sheer grandness of structures like St. Peter’s Basilica and the Trevi Fountain can't be captured in a photograph. Few things in life will leave you as awestruck as taking a stroll inside St. Peter’s, with its massive dome, and looking up. You may never want to look down again.

Influenced by the legendary 19th century Catalan architect Antoni Gaudi, Barcelona’s architecture, much like the city itself, is imaginative and colorful. One sight that’s a must see is Gaudi’s Casa Batllo. The façade of the building is constructed of broken ceramic tiles, thus creating an eye-popping mosaic that is unlike anything you’ve ever seen. Other structures that are inspired by Gaudi’s vivid imagination include Jean Nouvel’s Tower, which is designed to resemble a geyser of water shooting through the air, and Frank Gehry’s Fish.

In addition to being home to the tallest building in the world, the Burj Khalifa, the Dubai skyline is filled with twisty-turny steel buildings. If you find yourself wandering in this desert city, be sure to check out the Burj al Arab, which is designed to look like an Arabian dhow ship, as well as the curving Cayan, with its seemingly impossible 90-degree twist. There’s also the famed underwater zoo located in the Dubai Mall, which features 300 different species of aquatic life, including all types of fish, sting rays and sharks.

Fueled by government investment, Shanghai has grown rapidly in recent years. It’s almost as if a glossy new structure pops up each month. The architecture in Shanghai is modernistic, and best represented in buildings like the Hongkou Soho office building, with its pleated exterior. Shanghai is also home to the second tallest building in the world, the Shanghai Tower, which features a twisted, glass façade that stretches upward for 2,073 feet.

The birthplace of Art Deco and Gothic architecture, Paris is a city whose rich architectural history stretches back centuries. Gothic style, which is marked by colorful stained glass windows and flying buttresses, can be seen in a number of Paris cathedrals, including the Sainte-Chapelle, the St-Gervais-et-St-Protais and, most famously, Notre-Dame, which was in the news earlier this year after sustaining serious damage during a 15-hour fire. Paris’s famed Art Deco buildings, with their notable exteriors that feature numerous horizontal lines, began popping up shortly before World War I and were dominant in the '20s and '30s. Théâtre des Champs-Élysées and the Grand Rex movie palace are two prominent structures that exhibit this style. This is a small sample of the numerous architectural wonders in the City of Light.

The Russian capital is home to some of the most recognizable architecture in the world with a style known simply as Russian architecture. Arguably the most renown structure in the Russian style is Moscow’s Saint Basil’s Cathedral. Constructed in the 16th century during the reign of Ivan the Terrible, the cathedral is known for its vibrant, onion-shaped domes. Moscow is also home to more recent architectural wonders like the Ostankino Tower, which was completed in 1967 and was for a period of time the tallest building in the world, and a group of Moscow skyscrapers known as the Seven Sisters. The seven buildings, which were built during the reign of Soviet leader Joseph Stalin, are wide and blocky, and scattered throughout Moscow. They were constructed in the Stalinist style of Russian architecture, which borrows elements of the Russian baroque.

Several ancient monuments from Athens’s classical era are still standing, most notably the Parthenon, with its enormous stone columns. There is also the Theatre of Dionysus, which was the birthplace of Greek tragedy and the first theater ever constructed. And what would a historically rich city like Athens be without its ancient temples? During its heyday, the Temple of Olympian Zeus, which was completed around the 2nd century, had an unthinkable 104 columns, although only a few remain standing today.

The most populous city in Turkey is known for two distinct styles of architecture: Byzantine and Ottoman. The Hagia Sophia, which was constructed in the 6th century, is a church that is emblematic of the Byzantine style, with its massive dome and elegiac mosaics depicting Christ and other biblical figures. The Ottoman style of architecture also flourished in Istanbul. Throughout the 16th and 17th centuries a number of imperial mosques were constructed throughout the city, including Faith Mosque, Yeni Mosque\ and Bayezid Mosque. The mosques all have the key features of the Ottoman style, with extensive use of domes and columns, and are an absolute marvel to experience in person.

From the Art Deco masterpiece that is the Chrysler Building (1930), to the Gothic Revival design of the Woolworth Building (1913), to the more recent green design of the Conde Nast Building, New York City's skyscrapers employ a wide range of stylistic elements. The character of the city can also be seen in the architectural designs used in its residential neighborhoods. From the brownstones in Brooklyn to the tenements on the Lower East Side, New York’s five boroughs are an architectural cornucopia whose styles are as diverse as the city itself.

These places are among the world's most beautiful and important to preserve. 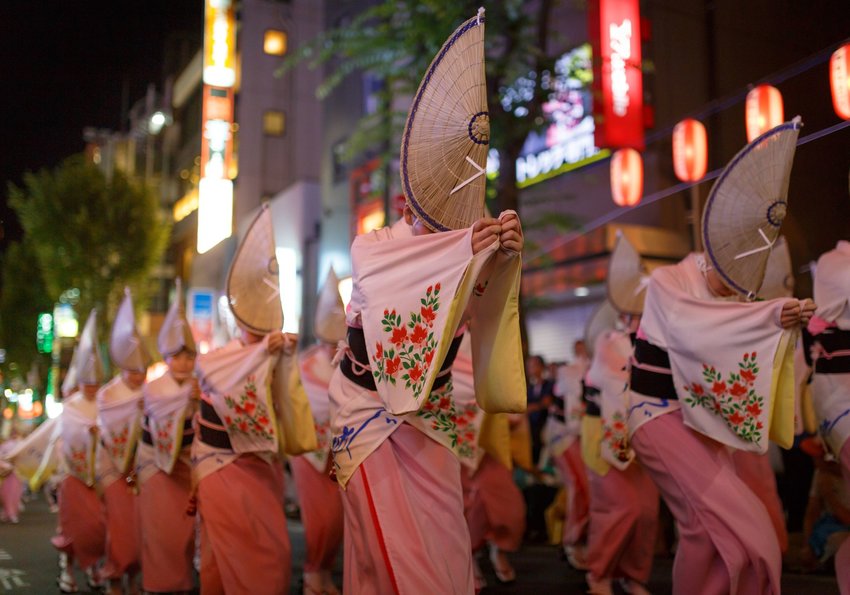 Time your Japanese vacation properly so you can experience one of these popular festivals.