Antarctica is a mysterious place that few people get the chance to explore. It isn't a popular vacation spot, so there aren't many tourists who can tell you what it is like there, but that doesn't mean it isn't worth learning about. Here are eight things you never knew about Antarctica.

Antarctica Is Even Colder Than You Think

Like I said before, everyone knows Antarctica is quite nippy. But what some people don't realize is just how cold it really is. According to Live Science, researchers have measured temperatures at or below 136 degrees Fahrenheit. Even on a normal day in Antarctica, the snow is more like dry ice: cold enough to burn your skin and cause permanent damage within seconds. And if you're thinking that you can avoid this by just visiting on a warm day, just be aware that the warmest it has ever gotten in Antarctica is 63 degrees, a feat that was only reached once, in 1982.

No One Lives in Antarctica

While there are several groups of researchers and scientists who stay in Antarctica on a temporary basis, there are no official residents of Antarctica, and there are no indigenous Antarctic populations. The human species is believed to have originated in Africa and spread out into other continents over time. Historians say that Antarctica was too isolated and surrounded by too many rough, stormy seas for any of our primitive ancestors to discover it, and when people did discover it in 1820, it was just too difficult to live there due to the dangerously harsh climate.

Metallica Played a Gig There

In 2013, the rock band Metallica became the only band to play on all seven continents when they did a show for 120 lucky scientists and contest winners inside a transparent dome at Carlini Station. The show, aptly named "Freeze 'Em All," lasted for one hour, and the band's amplifiers had to be encased in isolation cabinets because Antarctica's environment was too fragile to withstand all the vibrations without the threat of an avalanche. The audience listened to the show through headphones, which surely made for some interesting headbanging.

Antarctica Is Both the Driest and the Wettest Continent

According to Mental Floss, Antarctica gets the least precipitation per year for any continent, at just 10 centimeters. It is the driest place on the planet, but it is also the planet's biggest contradiction. While it receives almost no rainfall each year, Antarctica still holds 70 percent of all the water on the Earth. This water might be frozen solid, but it still counts. The dryness in Antarctica is what makes living there so dangerous. There are places in Antarctica's dry valleys where it has not rained for over 2 million years, and the air is so cold that even the slightest exposure could be deadly.

Antarctica Follows All Time Zones and None of Them

Technically speaking, the continent of Antarctica does not have a time zone, because it covers every line of longitude on the map, meaning it would belong under every time zone. The scientists, researchers, and visitors who stay there simply follow the time zone of the place they came from, which basically means that time has no meaning in Antarctica. To make things even more confusing, summers in Antarctica see 24 full hours of sunshine per day, while winters see 24 hours of darkness.

If You Plan on Working in Antarctica, You May Have to Have Your Appendix Removed

Doctors and medical professionals are so few and far between in Antarctica that researchers planning to stay there (especially over the winter) are required to have their appendix removed before they go. This lessens the chance of a medical emergency, even if it is impossible to eliminate the possibility completely. Before this rule was in place, a Russian doctor had to remove his own appendix in 1961 at the Novolazarevskaya Station, which is not something you want to try to do in subzero temperatures. He survived, though, and was back to work after just two weeks.

When you think about beaches, you probably think of warm, tropical climates. For that reason, you may be surprised to learn that Antarctica has many beaches. Most, if not all, of these beaches are devoid of tourists, though. What are they full of? Penguins. Colonies of gentoo, rockhopper and king penguins make these beaches their home for at least part of the year, and sometimes the beaches are so covered with them that it looks as if the entire thing is moving. St. Andrew's Bay is home to a colony of more than 110,000 penguin couples and their offspring.

Antarctica Is the Perfect Place to Find Meteorites

Not only does Antarctica's white, blank canvas of a landscape make it easier to see meteorites as they fall from the sky (not to mention to see the place where they land), but the dry, cold air preserves them perfectly once they crash. Reportedly, the ice sheets around the rocks on Antarctica act as a "meteorite conveyor belt," moving the meteorites and other fragments of space debris to areas where they are more easily found and collected. The high winds that blow through the area can help as well, as they often move the snow away from the meteorites, unearthing them without the explorers having to even lift a shovel. 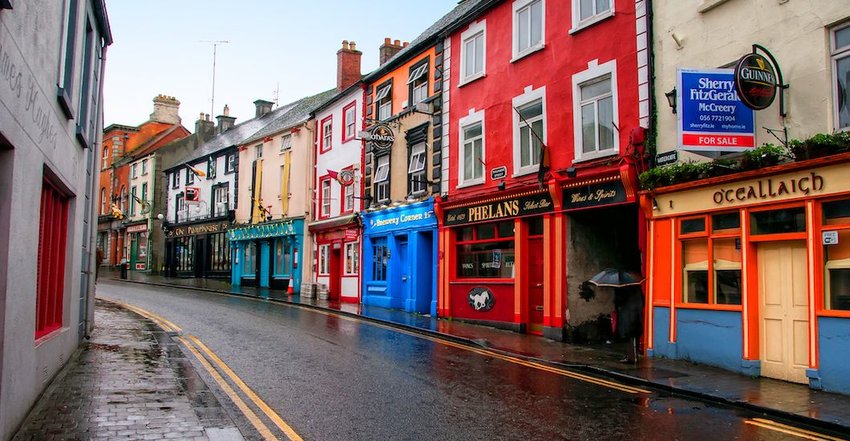 The pub’s been central to Irish life for centuries. Here are four famous ones worth grabbing a pint at.

Here are eight of the most-visited sacred sites in the world to inspire your curiosity and, perhaps, send you on your own spiritual journey.