The U.S. national parks offer endless opportunities to explore historical and scenic locales, but did you know that the National Park Service also oversees several fascinating National Historic Trails? Hundreds of thousands of colonists, missionaries, soldiers, traders, fur trappers, settlers, explorers, Native Americans, and even letter carriers walked, paddled, or rode across vast areas of the country via a network of trails — long before many colonies, territories, or states even existed. Whether you have time to traverse an entire route over multiple days or just a few hours, spending time on one of these seven National Historic Trails is an incredible opportunity to engage with U.S. history.

The Pony Express was the precursor to the modern U.S. Postal Service and a symbol of the dauntless spirit of the American West. On April 3, 1860, a group of courageous couriers began an express mail route on horseback from St. Joseph, Missouri — the westernmost place the railroad and telegraph reached at the time — to Sacramento, California. Riders rode on average 75 to 100 miles per day, switching out horses at relay stations along the way. The 1,966-mile trip took an unprecedented 10 days, less than half the time the southern stagecoach mail route took.

From St. Joseph, the route clips the northeast corner of Kansas, crosses southern Nebraska, dips into northeastern Colorado, heads northwest across Wyoming, and passes through Salt Lake City. From there, it crosses Nevada into California just south of Lake Tahoe and ends in Sacramento. Today the trail passes through federal, state, and private lands, with interpretive centers, museums, historic structures, forts, hiking trails, campgrounds, and lodging along the way. You can drive, hike, bike, and horseback ride various parts of the trail. The National Park Service provides a handy interactive map with details of what to see in each state.

An excellent place to start is where the riders did — in St. Joseph. There, you can visit the Pony Express National Museum to see photos and learn about the individual riders. Elsewhere on the trail, Nebraska’s Rock Creek Station served as an essential stop for the Pony Express and Oregon Trail travelers, and it was where Wild Bill Hickok started his gunslinging endeavors. If you’re really ambitious and can withstand countless hours on horseback, you can join the National Pony Express Association’s “Annual Re-Ride.” More than 750 riders participate, riding the nearly 2,000-mile route over 10 days and carrying about 1,000 real letters.

This 680-mile series of roads, trails, rivers, and bays between Rhode Island and Virginia played a significant role in the American Revolution. In 1781, the French army, under the command of General Rochambeau, joined forces in New York with the Continental Army under George Washington’s command. Over 14 weeks, the combined forces, the war’s largest troop movement, traveled to Yorktown, Virginia, where they defeated the British in a decisive victory that led to America’s independence.

Today you can hike, bike, drive, and paddle the same routes the French and American soldiers took on their momentous journey, passing through well-preserved 18th-century buildings, along with encampments, museums, parks, and sites. The trail starts in Boston, meanders along Rhode Island’s coast, then travels inland through central Connecticut, through Massachusetts into New York, and then along New Jersey’s western edge into Pennsylvania. It dips into Delaware, moves through Baltimore and Washington, D.C., and terminates in Virginia.

Along the way, there's a plethora of opportunities to visit strategic and historic sites, such as Mount Vernon, Washington’s Virginia home, and the Yorktown Battlefield, where the decisive victory took place. Also consider Colonial Williamsburg, an enthralling living history museum, and Philadelphia’s Independence Hall, where the Founding Fathers debated and signed the Declaration of Independence and the U.S. Constitution. For trip planning, check out the National Washington-Rochambeau Revolutionary Route Association’s interactive map.

Between 1607 and 1609, English Captain John Smith explored and mapped the Chesapeake Bay aboard an open boat with a small crew. Much mystery still surrounds what actually transpired between Smith and Pocahontas (the real person, not the Disney version), but today many scholars will agree that Smith’s accounts of Pocahontas rescuing him weren’t entirely accurate. Regardless, Smith played a significant role in the region’s history.

Instead of a car, you’ll want something that floats to explore the Captain John Smith Chesapeake National Historic Trail. It’s the first water-based National Historic Trail, encompassing 3,000 miles of routes throughout the Chesapeake Bay and its tributaries. You can motor, sail, or paddle the trail by following the advice in this downloadable guide that includes itineraries, vessel suggestions for each area, boat ramp locations, and detailed explanations of what to see. For a land-based alternative, consider geocaching. If you’ve never done it, this is an excellent place to get started, as the trail contains dozens of caches, containers hidden at specific coordinates that you find using a GPS device.

While the American Revolution was playing out along the East Coast during the late 1700s, Spanish explorers, trappers, traders, and missionaries were trying to find a route between two Mexican cities, Santa Fe and Los Angeles. The rugged mountains, bone-dry deserts, and arduous climate extremes made the trek exceedingly challenging, and many attempts failed. In 1829, a Santa Fe merchant led about 60 men and a large mule caravan across a 700-mile network of trails that later became the 2,700-mile-long Old Spanish National Historic Trail and an important trading route.

Unlike many of the east-to-west trails of the time, the Old Spanish trail is more circuitous, with a northern route that travels out of Santa Fe through southwestern Colorado and southern Utah. A southern route treks west out of Santa Fe and roughly follows the Utah-Arizona border. The routes merge at Utah’s southwest tip and continue southwest toward Los Angeles. The trail also splits into a few routes between Arizona’s Lake Mead and California’s Mojave Desert before coming together again in southern California.

You can hike, bike, horseback ride, camp, rock climb, and paddle various parts of the trail. Consider visiting historic sites such as the Aztec Ruins National Monument in northern New Mexico, Colorado’s Great Sand Dunes National Park, and California’s Mojave National Preserve. (Check out this National Park Service interactive map that shows where to go and what to see.)

For a decidedly different (but equally intriguing) trail experience from the American West’s deserts or the East Coast’s colonial past, head to the island of Hawaii. Also known as “The Big Island,” Hawaii is home to the 175-mile Ala Kahakai National Historic Trail, which traverses through hundreds of ancient Hawaiian cultural and historical sites along the island’s southeastern, southern, and western edges. The first Polynesians who reached the island around the year 400 C.E. created the coastal trails, and islanders ever since have used the paths to travel between communities and sacred sites. “Ala” means road or trail, and “Kahakai” means beach or seashore in Hawaiian.

After intensive discussions with lineal descendants, landowners, and community members, the network of trails became a National Historic Trail in 2000 as a way to preserve, protect, and interpret traditional Native Hawaiian culture. Much of the land is privately owned, and some trail segments are still being readied for public access. You can join portions of the trail from a state-owned access point, and the island’s four national parks: Hawai‘i Volcanoes National Park, Puʻuhonua o Hōnaunau National Historic Park, Kaloko-Honokohau National Historical Park, and Pu'ukohola National Historic Site.

The trail passes petroglyphs, ceremonial sites, fishponds, monuments, and ancient dwellings, and it varies in composition —  from lava flows and sandy shores to stepping stones and modern roads. One of the best-preserved sites is the remains of the Kauleoli fishing village, at the Pu‘uhonua O Hōnaunau National Historic Park’s southern border.

During the early 1800s, the allure of the West beckoned to Americans and immigrants who sought a better life. Native Americans and fur traders followed difficult paths in the region via foot and horseback, but most thought wagon travel wasn’t feasible. That changed in 1836, when a missionary party set out from western Missouri with a wagon train headed to Oregon. In the following decades, about 500,000 settlers traversed the route. Only about 90 percent survived the dangerous five-month, 2,000-mile journey, also known as the “Westward Expansion.”

The trail starts near Kansas City in Independence, Missouri, treks westward through the northeast corner of Kansas and southern Nebraska, then heads north through southern Wyoming and up into southern Idaho, ending near Portland, Oregon. Today, you can easily plot your Oregon National Historic Trail journey using the National Park Service’s interactive map. Depending on which segment you explore, you can travel by driving, hiking, biking, or horseback riding.

If you start in Missouri or eastern Kansas, you can explore various sites listed in the Freedom’s Frontier National Heritage Area, including the National Frontier Trails Museum. Fans of Laura Ingalls Wilder's books will want to stop in at the quaint Little House on the Prairie Museum near Independence. Nebraska’s Fort Kearny State Historical Park, Idaho’s Three Islands Crossing State Park, and Oregon’s National Historic Oregon Trail Interpretive Center also offer engaging opportunities to immerse yourself in the struggles and triumphs of the U.S.’ Westward Expansion.

Commemorating a tragic chapter in U.S. history, the Trail of Tears National Historic Trail follows the land and water routes U.S. troops and state militia took to relocate indigenous tribes from their homelands to Indian Territory, present-day Oklahoma. After Congress passed the Indian Removal Act by a slim, controversial margin in 1830, Cherokee, Chickasaw, Creek, Seminole, and Choctaw nations were offered federal lands in Indian Territory — if they gave up their ancestral lands in Alabama, Georgia, North Carolina, and Tennessee.

Some tribes agreed, feeling it was futile to try to fight the U.S. government, but many refused. Beginning in 1838, troops forcibly evicted more than 16,000 Cherokee and thousands of other tribal people from the region, using land and water routes across nine states. It’s estimated that as many as 25 percent of them died on the way, earning the trail’s nickname. Drought, harsh weather, starvation, and disease took their lives, and many were buried in unmarked graves.

The Trail of Tears National Historic Trail isn’t a single trail — it’s a vast network of trails and rivers. Today you can find numerous historic sites, museums, memorials, and artifacts that provide both a sobering look into this period of U.S. history and insight into the fascinating cultures and histories of the Native American nations that were displaced. The National Park Service provides a helpful interactive map of where to go and what to see, categorized by state.

Places to see include Kentucky’s Trail of Tears Commemorative Park, an encampment where two Cherokee chiefs are buried, and the Museum of the Cherokee Indian in North Carolina, which tells the 13,000-year-history of the Cherokee, with artifacts, artwork, and computer-generated animation. Learn the fascinating history of Major Ridge, a Cherokee leader who played a pivotal role before the nation’s relocation, at Georgia’s Chieftains Museum. See part of the route where the trail crosses the Mississippi River in Missouri at the Trail of Tears State Park. Oklahoma’s Cherokee National Museum contains multiple permanent Trail of Tears exhibits across six galleries. 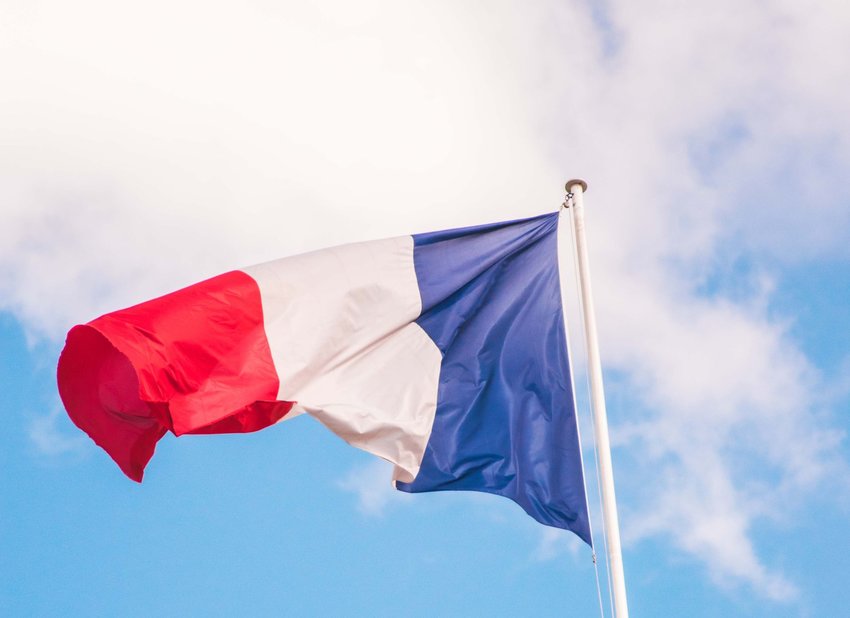 France is the most visited nation in the world — roughly 86 million people arrive each year to discover its many attractions. How well do you know this perennially popular country? 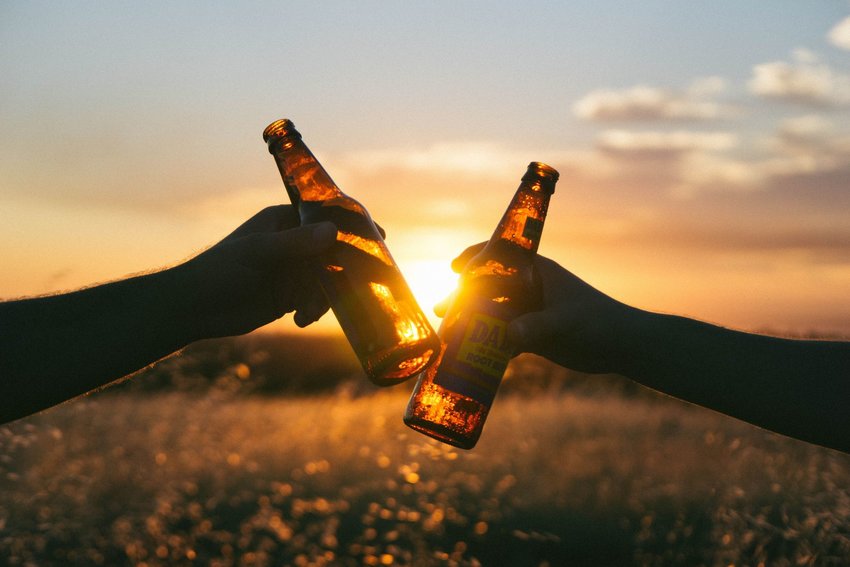 Here are nine unique local customs from around the world, so you can mind your manners on your next trip abroad.