Even if we don't admit it, most of us dream of what it would be like to someday win the lottery and take home millions of dollars in prize money. Would quit your job, buy a mansion, or take the vacation of a lifetime? Unfortunately, if you live in one of a handful of unlucky states, those dreams won't become a reality anytime soon.

In the United States, there is surprisingly no national lottery organization, which means lottery laws are operated and regulated on the state level. Still, most state legislatures approve this game of chance, working with intra-state lottery systems to create huge jackpots like the record-breaking 2016 Powerball, which split $1.6 billion between three winning tickets. There are 48 lottery jurisdictions in the U.S. (45 states, plus the District of Columbia, Puerto Rico, and the U.S. Virgin Islands), but there are just five U.S. states without a lottery. Read on to discover which states forego the lottery and why.

Tucked into the center of the Bible Belt, Alabama is a conservative state with cautious views — even regarding the lottery. In general, resistance from religious groups and leaders have stopped the state from passing bills that would allow a lottery system. The last time the lottery was on the ballot was in 1999, when the governor appealed for the lottery as a means to fund in-state college tuition. The referendum failed, and the lottery debate remained relatively quiet until 2019, when a lottery bill passed in the Alabama Senate. The amendment would have sanctioned paper and instant tickets, while still banning electronic gaming. Ultimately, the bill didn’t pass in the House, failing by only one vote.

As of 2020, there is still no lottery in Alaska — although that could change. As a large state with scattered residents, Alaska’s small population has been the primary reason for the lack of a lottery. Another purported reason is that a state lotto could be detrimental to charitable gaming operations, like bingo, fishing derbies, dog mushing contests, and raffles, which are allowed in the state in order to fund non-profit organizations. More recently, however, Alaskan lawmakers have advocated for a state lotto as a way to decrease the budget deficit. Alaska's Governor Mike Dunleavy envisions the lotto raising up to $100 million dollars, claiming the extra revenue would be put towards education and women’s shelters. In February 2020, he introduced the Alaska Lottery Corporation Act as a first step in creating and regulating a lottery within the state.

In Hawaii, the lotto is a hotly debated topic and has been so for decades. According to the Tax Foundation of Hawaii, a state lottery has been consistently proposed (and subsequently shot down) for nearly a century. The opposition believes that a lotto would be too costly for Hawaii’s economy, but the logic behind this reasoning is multi-layered. In 2015, Senator Daniel Inouye said gambling would attract “a different type of people” to the Hawaiian Islands, alluding to the fact that people who like to gamble might scare off more desirable vacationers with deeper pockets. Ultimately, it seems that lawmakers fear that the lotto could hurt the state’s strong tourism economy by tarnishing Hawaii’s reputation as a pristine, tropical paradise.

It should come as no surprise that Utah, a Mormon state with the strict laws against gambling, does not allow the lottery. The state’s constitution opposes “any game of chance, lottery or gift enterprise,” which includes commercial gambling, charitable gaming, casinos, and racetracks. Interestingly enough, not everyone in Utah adheres to these laws. Utah residents are known to cross the border into Wyoming and Idaho to purchase lotto tickets, especially when the winnings are big. Supporters of a lottery system see this as a loss; money that could be pumped back into Utah is instead being spent in other states. However, with the strict laws and Mormon lawmakers, it seems unlikely that a state lotto will be implemented anytime soon.

On the other hand, it is a bit unexpected that Nevada, a state known for its gambling, should prohibit the lotto. But on the part of moneymakers and legislators, this seems to be a very calculated move. In 1864, the state banned lotteries in favor of casino gambling, a law that ultimately paved the way towards the state becoming a gambling mecca. In 1990, the law was slightly amended to include charitable drawings that had been sanctioned by the gaming board. In reality, the strict rules against the lottery are upheld by the gaming industry, which doesn’t want any competition against profitable casino ventures. As casinos are the most powerful industry in the state, it seems a state lotto is a long shot for Nevada citizens.

Scratch beneath the surface of cities around the globe, and you'll likely find a subway system filled with a storied history — and more than a few surprises. From abandoned stations and secret bunkers, buckle up for some of the most fascinating facts on the rails. 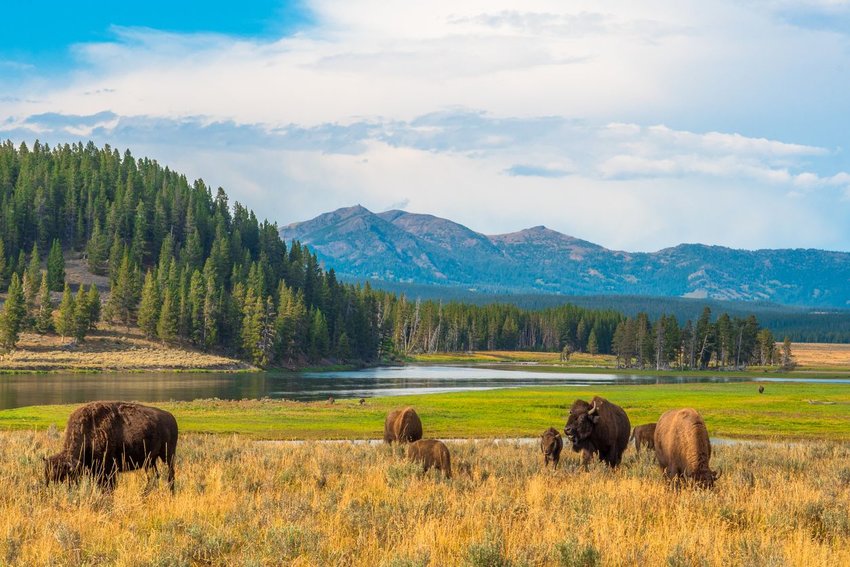 If you've been contemplating a hiatus from urban life, you aren't alone. Here are five of the most remote locations you can visit in the United States.