If you’re like most of us, you’ve probably endured or accorded someone or something a nickname at least once in your life. While we use cute (or sometimes cringe-worthy) nicknames as terms of endearment for our loved ones, pets, and even favorite athletes, many of our favorite cities also have nicknames. From the Big Apple to Beantown to Sin City, many of these beloved nicknames have taken on a life of their own, but their origins are often surprising. Read on to learn where five of the most iconic U.S. city nicknames originated.

New York state ranks second after Washington state for growing apples, producing about 30 million bushels annually — but apple production has nothing to do with New York City’s iconic nickname. During the 1800s, the “big apple” was a common colloquial term that meant “something regarded as the most significant of its kind; an object of desire and ambition,” according to the New York Public Library.

Most historians trace the city’s nickname to a sports columnist named John J. Fitz Gerald, who wrote for the New York Morning Telegraph in the 1920s. Fitz Gerald covered horse racing around the country. While in New Orleans, he reportedly overheard some African American stablehands talking about going to “the big apple,” referring to New York’s revered racetracks. Fitz Gerald liked the term and used it in one of his columns in 1924, writing, “The Big Apple, the dream of every lad that ever threw a leg over a thoroughbred and the goal of all horsemen. There’s only one Big Apple. That’s New York.” Since the term referred to something ambitious and desirable, readers and racing fans understood the reference.

Fitz Gerald continued to use the term in subsequent columns. Over time, it became popular and spread beyond horse racing into music. In the 1930s, jazz musicians adopted the moniker to refer to New York’s renowned live-music venues and nightclubs, particularly in Harlem where two clubs used the phrase in their names. The nickname even ended up as a 1937 hit song and trendy dance. Walter Winchell, a wildly popular syndicated newspaper gossip columnist and later radio broadcaster from the 1920s through the 1950s, frequently slipped the nickname into his stories. However, the term faded somewhat after the 1950s.

During the 1970s, the Big Apple name experienced a rejuvenation thanks to New York’s high crime rates and economic woes. The city’s problems were scaring off visitors. To woo them back, the president of the New York Convention and Visitors Bureau launched an aggressive ad campaign. Aided by advertising giant Ogilvy and Mather, the successful campaign featured the nickname and images of red apples. In 1997, then-Mayor Rudi Giuliani signed legislation to rename the southwest corner of West 54th Street and Broadway “Big Apple Corner” in recognition of Fitz Gerald’s role in coining the nickname — Fitz Gerald lived on the corner from 1934 to 1963.

The origins of this famous nickname for the birthplace of jazz aren’t quite as traceable as the Big Apple . (And to be clear: New Orleans’ nickname is “Big Easy” without “The.”) An African American dance hall called Big Easy existed in the 1910s, but it burned down in 1911. The nickname didn’t show up in print until the mid-1960s, but it was likely in use throughout the earlier half of the 20th century. Black jazz and blues musicians likely popularized the phrase because, unlike in most cities in the U.S., they could easily find gigs in New Orleans. The city had a reputation for racial tolerance and supporting struggling musicians, as well as offering a plethora of venues including nightclubs, parks, and festivals. Other theories suggest the phrase also refers to the lax laws around alcohol consumption, even during Prohibition.

One of the earliest “Big Easy” printed references occurred in the publication Inside New Orleans in 1965 from Clinton James Scott Jr., who co-founded Nola Records in the mid-1960s and wrote a column for the magazine called “Scotty’s Whirl.” Scott dropped the term “Big Easy” into his writings frequently, but it really began to stick in 1970.

You probably don’t have to rack your brain to figure out why Las Vegas has earned the nickname Sin City. Activities that many might consider sinful abound in Vegas — gambling, proliferate booze consumption, speedy divorces, and numerous adult entertainment venues, to name a few. And then there's the history and influence of organized crime, which includes mobsters Benjamin “Bugsy” Siegel and Meyer Lansky, who opened and operated the area’s first big casino, The Flamingo, in 1946.

But surprisingly, the city likely earned its nickname before the mid-20th century heyday of mobsters and massive casino projects. In 1906, Union Pacific Railroad built a depot in an area of the city known as Fremont East. Nearby was a red-light district called Block 16, which train travelers could easily reach. In addition to gambling away their earnings in the area’s gambling halls, workers and travelers spent time in saloons, many of which rented out upstairs rooms to prostitutes. While the city legalized gambling in 1931, officials cracked down on prostitution in Block 16 in the early 1940s (although it is still legal in parts of Nevada outside of major metropolitan areas). The nickname Sin City likely originated because of the Fremont East area’s tolerance for debauchery.

The name has stuck since Las Vegas has a reputation for being a place where one can indulge in more than one of the “Seven Deadly Sins!”

While many Bostonians loathe the nickname “Beantown” and prefer one of the city’s other nicknames, which include “The Cradle of Liberty,” “The Hub of the Universe,” and “The Athens of America,” there’s no denying this one has stuck. A few reasons for the Beantown nickname are floating around, but many link it to the city’s famous dish — baked beans.

When colonists first arrived in New England during the 1600s, they learned how to season and cook beans from Native Americans. Native Americans added maple syrup and game meat to create a hearty bean dish. The devout Puritans strictly observed the Sabbath, meaning they did not work or even cook on Sundays. They reportedly realized they could bake brown bread and cook beans in a bean pot on Saturday and leave them on the hearth’s hot bricks overnight. Still hot on Sunday, baked beans and brown bread became a traditional Sunday meal for the next few centuries. In an ironic contrast, the Puritans began substituting molasses for maple syrup in their beans, which was a byproduct of distilling rum — something devout Puritans would have avoided at all costs!

In addition to referencing a historical dish, Boston’s nickname Beantown was further cemented due to a couple of publicity stunts. First, at a Civil War veterans’ reunion in 1890, a local pottery company supplied thousands of small, decorative bean pots as souvenirs for the troops. And in 1907, at a homecoming event for residents called Old Home Week, organizers distributed about a million stickers displaying a bean pot surrounded by hands to symbolize welcome. Slogans such as “You don’t know beans until you come to Boston,” popped up on postcards and elsewhere shortly after. Boston has endured the nickname Beantown ever since.

The most obvious reason for Chicago’s nickname, The Windy City, is the frequent breezes that blow across the city from Lake Michigan. However, Chicago’s weather is only part of the reason for the nickname, and its origin may be more metaphoric. According to the Chicago Tribune, Chicago earned the nickname due to its long-winded politicians in the late 1800s, who were deemed “full of hot air.”

A few other theories relate to this idea. During this time, cities such as Cincinnati and St. Louis competed with Chicago for prominence in the Midwest, and their residents often viewed Chicagoans as too boastful. Chicago also competed against New York to host the 1893 World Fair. To garner support, many Chicagoans traveled the East Coast touting Chicago’s superiority for hosting the event (which Chicago later won).

Many credit a New York City journalist named Charles A. Dana with the Windy City nickname, meant as an insult, in an editorial he wrote during the battle to host the fair. However, historians have not found any copies of Dana’s printed editorial. They have found multiple written references to Chicago as the Windy City in Midwest newspapers such as the Cincinnati Enquirer throughout the 1870s and 1880s. In 1876, a tornado swept through Chicago, and regional newspapers reported on the “wind storm.” However, the competing Midwest cities likely created the insulting metaphoric meaning. 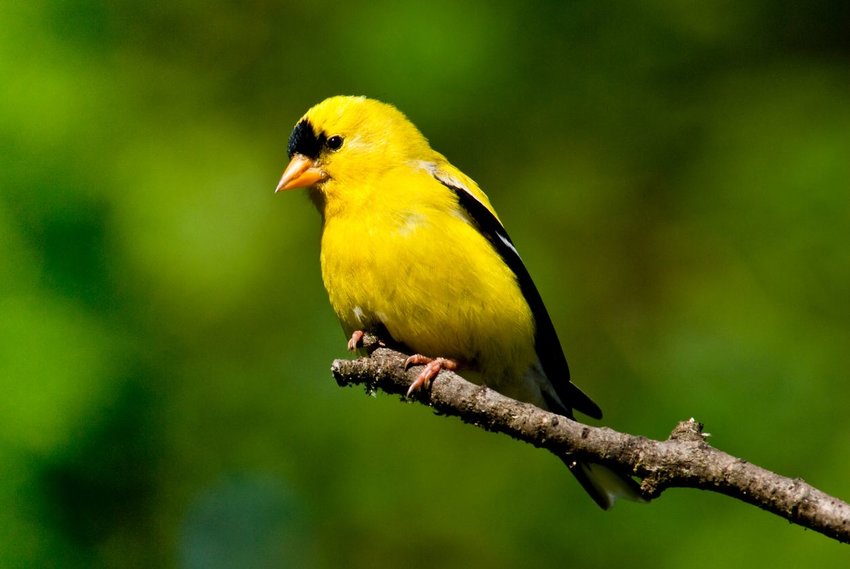 Whether you’re an avid ornithologist or just like sitting on the back porch and listening to birdsong, fly away with us as we get to know the official bird of every state. 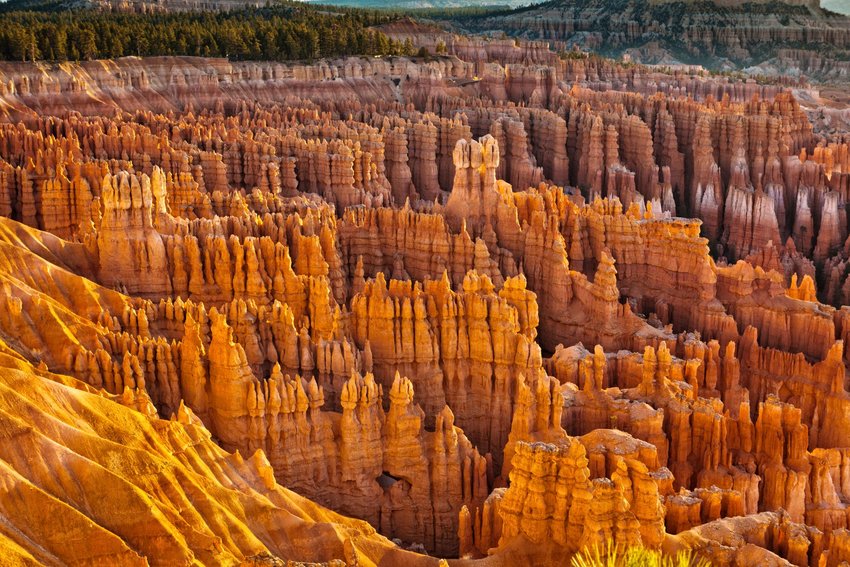