India’s financial powerhouse and largest metropolis moves at an energetic pace, and it's a city of diverse parallels where the nation’s thriving Bollywood industry coexists with Asia’s largest slums, and India’s premiere culinary scene with rickety street-side food carts. Between Mumbai’s chronic city noise and stifling heat and humidity, the nation’s most dynamic metropolis overwhelms. But conquer these challenges and you’ll discover a series of unique, only-in-Mumbai experiences.

As India’s largest film industry, Bollywood produces more films than Hollywood annually. Mumbai prides itself as the center of the Hindi cinematic world and is home to Film City, a film studio complex situated on the outskirts of Sanjay Gandhi National Park that witnesses the action of the industry’s biggest blockbusters. Film City’s official tour is operated by Mumbai Film City Tours in conjunction with Mumbai’s tourism department, and visitors are introduced to a collection of indoor studios and the varied aspects of filmmaking on an organized bus tour. With a knowledgeable guide, explore the history and growth of this industry, as well as Bollywood’s impact on Indian pop culture.

Produced under license from Fiat, Mumbai's classic black and yellow Premier Padminis dominated the streets for decades as cabs, reaching an all time popularity high in the ‘70s and ‘80s. Outlandish patterns often adorned their interiors, made more eccentric by the presence of vibrant velour seat covers, flower garlands and Hindu deity figurines, alluding to the driver's personality, beliefs and even home neighborhood. But in a bid to modernize the city’s taxi fleet, it was announced in 2013 that all Padminis over the age of 25, which were manufactured in Mumbai between 1973 and 1998, will be forced to retire. Once ubiquitous and an icon of Mumbai’s transportation system, the Premier Padmini is quickly disappearing from its streets.

Explore a Village Within Mumbai

Distinctive in character, the tiny village of Khotachiwadi is an enclave of charming old style Portuguese homes, styled with teakwood and elegantly detailed open verandas on their second stories. Tucked in the neighborhood of Girgaon in South Mumbai, only 23 of the original 65 18th century homes remain intact, many demolished as the city races toward modernity and rapid urbanization. Wander the narrow lanes of one of Mumbai’s oldest communities, and glimpse into its storied past while escaping the city center’s teeming bustle.

One of the city's favorite street snacks, vada pav was first created in 1966 by a Mumbaikar as an inexpensive, on-the-go item for textile mill workers. The snack originated from a food stall opposite Dadar railway station, where thousands of commuters passed by daily and quickly became a staple item in the city's street food scene. Nicknamed Mumbai's burger, the vada pav patty is made by shaping masala infused mashed potatoes into perfect spheres and coated in a thick chickpea batter before deep frying in oil. These golden brown patties are then sandwiched between a pillowy bun and drizzled with tamarind and chutneys for a contrasting flavor and textural experience. Mumbai hosts a competitive vada pav scene, and each of the city's street vendors entice consumers by claiming the addition of a secret ingredient.

A leisurely evening stroll along Marine Drive, the city’s beachfront promenade, is a quintessential Mumbai experience, affording views of the skyline as waves crash against the shoreline below. As the afternoon sun dips, Mumbaikars congregate at Chowpatty Beach on the north end of the stretch to witness sunset, chat and snack. The local street food stalls and seductive rooftop bars along the waterfront offer visitors a variety of dining options, making Marine Drive a popular evening destination. Lined by iconic Art Deco buildings on one side, the two-mile-long waterfront stretches from downtown’s business district of Nariman Point to Girgaon Chowpatty in South Mumbai. Marine Drive’s string of street lights glow as the night sky darkens, twinkling on the waterfront that gracefully arcs along Back Bay, earning it the nickname Queen’s Necklace. 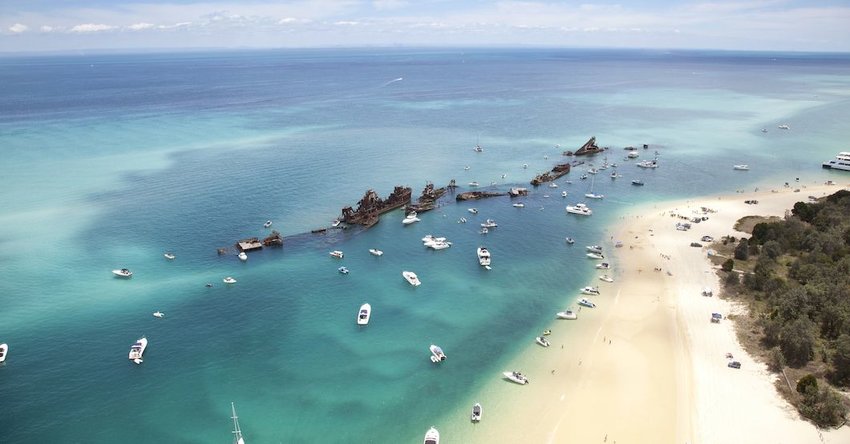 Here’s five lesser-traveled places to get you started on an adventure into Australia’s often missed sights.

Shangri-La remains relatively untouched despite its steady stream of domestic visitors, but its surrounding verdant valleys, majestic mountain ranges, and gemlike lakes should place the city at the forefront of all nature lovers’ list of must visit destinations.