Buckingham Palace is the official London residence of the monarch of the United Kingdom, which has been Queen Elizabeth II since 1952. The building at the core of the palace was a large townhouse built for the Duke of Buckingham in 1703. It was acquired in 1761 by King George III as a private residence for Queen Charlotte, and became Queen Victoria’s primary residence in 1837. The building’s principal façade was completed in 1850 and has seen various structural additions as recently as the early 20th century. Today, it’s also a tourist attraction. Here are four things to see at Buckingham Palace (other than possibly the queen).

Each summer since 1993, the State Rooms at Buckingham Palace have opened to visitors. The proceeds were initially used to restore Windsor Castle, parts of which had been damaged by fire in the previous year. Today, they’re a part of a tour that includes many pieces from the Royal Collection like paintings from Dyck and Canaletto, sculptures by the likes of Canova, as well as rare porcelain and fine period furniture.

On the palace grounds is the Clarence House, the official London residence of the Prince of Wales, currently Prince Charles (since 1958). It’s also open for public tours, where visitors get to see the formal gardens and five ground-floor rooms used for official engagements: The Lancaster Room, The Morning Room, The Library, The Dining Room, and The Garden Room. The queen’s art collection is primarily housed here, including paintings from John Piper, Graham Sutherland, and Augustus John.

In the Royal Mews, visitors are able to see a bunch of state coaches and carriages, some of which are still used by British monarchs on special state occasions. Perhaps the most impressive and elaborate is the Gold State Coach, built in 1762 for King George III and used for every coronation since 1821. The thing is so heavy that it takes eight horses to pull it. The horses, including the famous Windsor Greys, are stabled in the Mews. The collection also includes the Australian State Coach, which the monarch drives to the state opening of Parliament; the Glass Coach, used primarily for weddings since King George V acquired it in 1910; and Rolls Royce limousines, Bentleys, and Jaguars.

Changing of the Guard

The Changing of the Queen’s Guard ceremony at Buckingham Palace is an absolute must-do for history lovers visiting London. It’s been a treasured tradition since 1660; today, it starts daily at 11:30 a.m. from April to July. It begins when a troop of the Queen’s Life Guard rides from Hyde Park Barracks and past Buckingham Palace to change the guard at Horse Guards. The group of guards done with their shifts leave the palace in formation and head down the Mall toward Buckingham Palace, often led by a marching band. It’s all quite a spectacle – and one that you should see for yourself.

Even some of the largest cities in the world haven't always been called one thing. 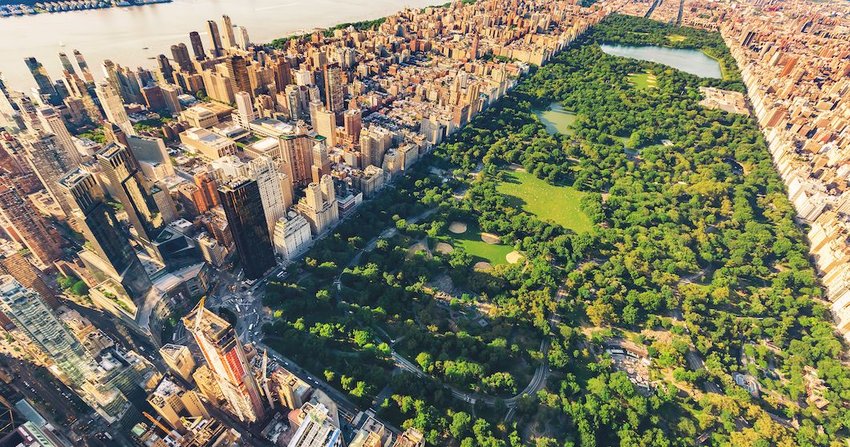 Central Park was cost more than the U.S. paid for Alaska and around 1,600 residents of existing communities were evicted and displaced for its construction.