People have been worshipping gods throughout history. The ancient Greeks recognized 12 major Olympian gods and goddesses, while in Hinduism devotees celebrate 33 million deities. Many of these venerated figures have been immortalized in some of the world’s most impressive landmarks. Here’s four structures that were erected specifically to honor gods.

On the banks of the Nile in the city of Luxor sits the Karnak Temple, an enormous complex of ruined temples, shrines and statues. Around 30 pharaohs contributed to the building of the complex, which dates back to 2040 B.C. The mission of the pharaohs was to create a resplendent city in honor of Amun, the ancient god of sun and air, his wife Mut and son Khonso. There’s also dedications to Egyptian gods such as Montu and Osiris.

Monumental pylon gateways, friezes, sphinxes and statues of pharaohs, including Ramesses II, characterize the complex. There’s three main temples, of which the Temple of Amun is one of biggest religious buildings on the planet. Marvel at its 134 columns and imposing architraves. Despite being in ruins, the complex presents an authentic insight into life during the New Kingdom.

The centerpiece of the city of Madurai is the Meenakshi Temple, a prime example of Dravidian architecture established by the Pandyan dynasty in the 1st century. It honors Meenakshi, a form of Parvati, and Hindu legend states that Lord Shiva married the goddess here. A collection of 14 multilevel gopura gateways enclose the temple, each adorned with brightly-painted sculptures of divine and demonic figures. Inside, columned pathways lead to elaborate shrines and a sacred tank.

Thousands of devotees flock to the temple for the Chithirai Festival, which is typically held in April. It celebrates and recreates the marriage of Lord Sundareswara (Shiva) and Goddess Meenakshi (Parvati). There’s a coronation, processions, chariot parade and endless street parties.

Chichén Itzá is among the most important Mayan archaeological sites in Mexico and within it is the majestic Pyramid of Kukulcan (aka El Castillo). Built sometime between 800 and 1100 A.D., the pyramid is a temple to the Mayan feathered serpent god Kukulcan (called Quetzalcoatl by the Aztecs). Measuring 177-feet-wide on each side and 79-feet-tall, the temple is the tallest structure of this ancient city. The sides of the temple have 91 steps. When including the temple platform as a step, this makes a total of 365 and is a reference to the days of the calendar.

Common belief is that during the vernal and autumnal equinoxes Kukulcan visits the temple. At this time, sunlight creates the image of a serpent, which connects with the stone-carved serpent’s head. A nightly sound and light show impressively recreates this natural phenomenon, as well as depicting the Mayan culture.

Once one of the largest temples in the ancient world, today only 15 columns remain of the Temple of Olympian Zeus. Construction of this monument to Zeus, the god of the sky and thunder, began in the 6th century B.C. and continued until the 2nd century A.D. Athenian tyrant Pisistratus started the project and it was eventually finished by Emperor Hadrian. At its height, the temple featured 104 Corinthian columns and statues of Zeus and Hadrian. Curiously, Roman ruler Sulla took two column to Rome to be used at the Temple of Jupiter.

The grandeur of the temple remains evident via the 57-feet-tall surviving columns. To the northwest is Hadrian’s Arch, erected by Hadrian as a gateway to the sanctuary. Look passed the gate and the Acropolis of Athens is visible on a rocky hilltop. 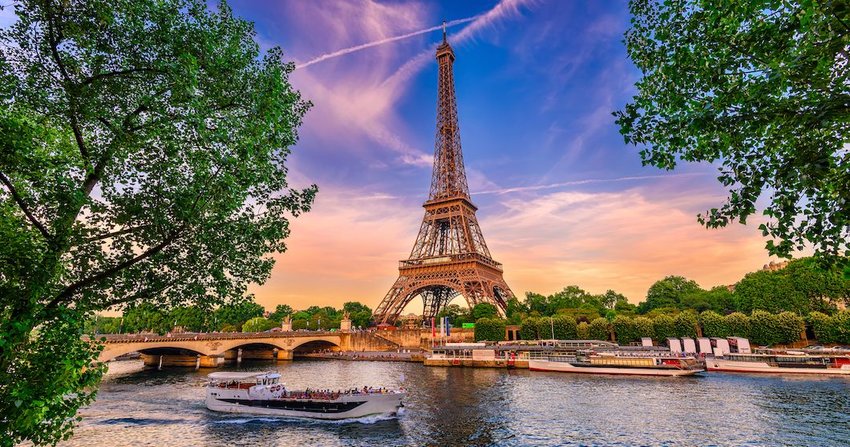 Europe and Africa experienced the biggest growth rate in visitors from the previous year, but what are the most popular destinations? Read on to find out and maybe get some inspiration for your next travels.