Ever landed in a new country and felt an immediate sense of frustration at not being able to communicate with locals? Maybe you didn’t give much thought to your French, German and Spanish classes at school. Or perhaps you took a semester of Japanese or Mandarin at college but found it all too taxing. Don’t let this put you off traveling because there are hundreds of destinations where you can get by with just English. In fact, about 50 countries class English as their native mother tongue. Here’s four suggestions that might take you by surprise.

Venture into Central America and you’d probably expect to need a certain amount of Spanish to get by, but head to the Caribbean east coast of the subcontinent and you’ll find English-speaking Belize. English and Scottish pirates settled in Belize in the 1600s and from 1862 to 1981 it was part of the British Empire. Following independence, officials kept English as the official language and it remains the primary tongue in public schools and the government. This means that you’ll feel at home when snorkeling the Belize Barrier Reef and Great Blue Hole, visiting the exciting Belize City, exploring the Caracol Maya temple ruins and trekking through jungles and rainforests.

Landlocked in the heart of Southern Africa, Botswana is one of the world’s great undiscovered safari destinations. There are over 20 languages spoken here and English is one of the two official ones. Botswana is largely inhabited by Tswana people, whose origins date back to the 14th century. In 1885 the country became a British Protectorate, an agreement that continued until 1965 and brought the British influences that remain today. A landscape characterized by sprawling grasslands, the Kalahari Desert and the rivers of the Okavango Delta provides a natural habitat for varied wildlife. Spot elephants, lions and rhinos while cruising the delta on a dugout canoe. More wildlife awaits at Chobe National Park.

It may be closer to Italy and North Africa geographically, but English is one of the two official languages of the Mediterranean island of Malta. Inhabited since around 5,900 B.C., everyone from the Carthaginians, Romans and Greeks, to the French and British have colonized the island. Malta was a British colony from 1815 to 1964 and declared itself as an independent republic in 1974. It continues to be a member of the Commonwealth. So if kicking back on gorgeous Mediterranean beaches and visiting medieval Valletta while English permeates the air sounds like fun, then you are in luck. Don’t miss the chance to see the Hal Saflieni Hypogeum underground necropolis, Blue Grotto and Ggantija Megalithic Temples.

Singapore is a bona fide melting pot of cultures where influences from Asia and Europe blend harmoniously. This island-city state has four official languages, namely Chinese Mandarin, Malay, Tamil and English. You can thank British statesman Sir Stamford Raffles for this because he is credited with founding modern-day Singapore in 1819. It passed between the British East India Company and British Raj for almost 150 years, eventually declaring independence in 1963. Today, Singapore is a thriving global financial center; therefore, English is a dominant language. Consequently, you’ll be comfortable when visiting Newton Food Centre, Orchard Road, Universal Studios Singapore and other attractions. 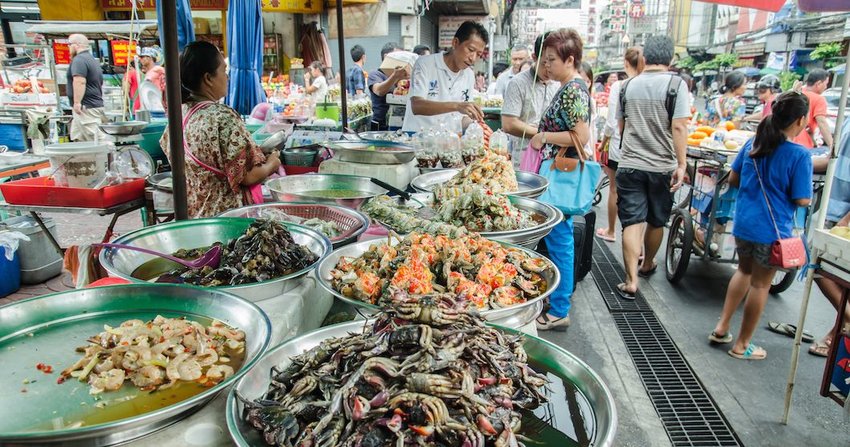