The United States is a proud country, home to some breathtaking monuments that represent cornerstone events in our history. Many of these monuments are indelible parts of our culture, but few of us know their strange histories or the events that made them what they are today. Let’s review a few strange facts about these monuments you might not know.

The Washington Monument Is Multi-Colored

Located in Washington, D.C., the monolithic Washington Monument is one of the most iconic monuments in U.S. history. Its construction began in 1848 as a tribute to George Washington’s legendary leadership throughout the American Revolution and ran for 36 years until it was finally completed in 1884.

When we think about the Washington Monument, most of us imagine a huge, pearl-white tower reaching upward into the sky — but did you know that the monument is actually multi-colored?

It’s true. Look at it and see for yourself. Although the base of the obelisk is light gray, you’ll notice a slight color shift midway up the tower (around the 150’ mark). Here, the color changes into a deeper, darker gray. This discoloration was a result of delayed construction in 1854, when political turmoil forced builders to separate construction into multiple phases. Although the initial foundation was laid in 1854, the second phase didn’t begin until 1876.

The second phase used a different type of granite than the initial base, which is why the color changes as you climb the tower. But given that the Civil War had just ended, most people had bigger problems to worry about.

Mount Rushmore Was Meant to Be Bigger

Mount Rushmore is the world-famous monument carved into the Black Hills of Keystone, South Dakota, featuring four of America’s most revered presidents: George Washington, Thomas Jefferson, Abraham Lincoln, and Theodore Roosevelt. Each of the presidents’ faces are an impressive 60’ tall, though according to early records from its construction, the current monument is only a small fraction of what was planned.

Reports suggest that there were several other ideas for Mount Rushmore that were scrapped, such as the addition of their torsos, written script, and a museum-type room behind Lincoln's head. Of course, none of these additions made it into Mount Rushmore’s final design. Funding was an ongoing problem, and by the time the initial work began, the builders were limited to chiseling the faces in granite.

The Statue of Liberty Was Bombed by the Germans

Remember the days when tourists at the Statue of Liberty could walk inside the torch? Those days are long gone, though few people today remember why. Its closure is often thought to be a result of natural wear and tear that made the torch unsafe for tourists, but this is just a myth — and the actual story is much more interesting.

According to historical records, the Statue of Liberty was the victim of a WWI-era bombing campaign instigated by German soldiers. As the story goes, the Germans sought to destroy caches of weaponry and munitions that were scheduled to be delivered to Allied forces in 1916. These munitions were located in New York Harbor—the same site as the Statue of Liberty, which had been dedicated just 30 years prior.

The Germans were successful. After midnight on July 30, a series of fires and small bombs set a few barges ablaze in the harbor, which caused a chain reaction of explosions from over 50 tons of TNT. The explosion and its accompanying shockwaves destroyed the nearby area, sending fragments and debris flying through the air. The shockwaves were so powerful that some of this debris made it as high as the Statue of Liberty’s torch, which was damaged by the shrapnel and subsequently closed.

Of course, it would eventually be replaced—but with a new torch that visitors couldn’t enter. So, you can thank the Germans for that one. 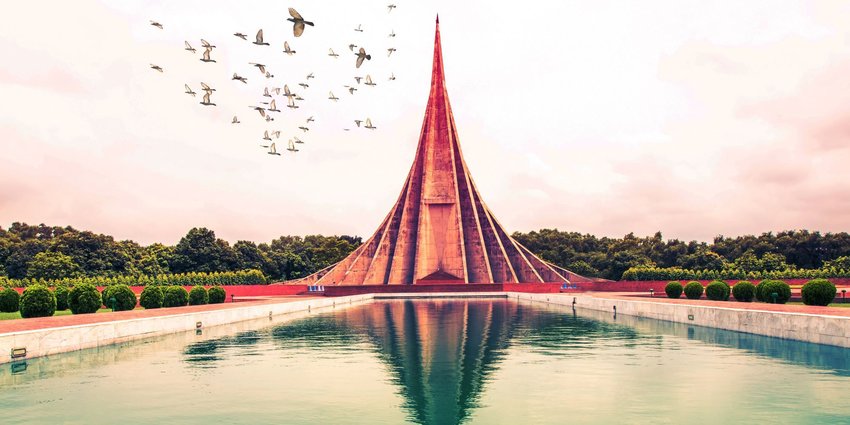 Bangladesh is certainly one of Asia’s hidden gems — but it’s not a destination for the faint of heart.