Canada in general is sometimes scoffed at as a vacation destination. Some people think that all you can do there is ski and play in the snow (which is fun too!), but there is a lot more to Canada than just a winter wonderland. Ottawa in particular has some interesting attractions that will make you forget all about the weather, and many of them are surprising. Here are three reasons to visit Ottawa that you wouldn't expect.

Well, part of it is, at least. While most people's first thought when their minds turn to Ottawa is not about ghosts, there is actually a thriving ghost tour business in this city. If you are interested in meeting the spirits of those who have passed but are not quite gone, you can take part in "The Original Haunted Walk of Ottawa." This outing lasts around 90 minutes and takes you on a lantern-lit tour of all of the most haunted places in the city, including the Fairmont Château Laurier hotel, the Bytown Museum and even a haunted high school. The bravest of ghost hunters can also take the Haunted Jail Tour, which lets you go inside the Carleton County Jail, which is regarded as "one of the most haunted buildings in North America."

It Has the World's Biggest Ice Skating Rink

During the rest of the year, the Rideau Canal is a long, curving body of water that was designated as a UNESCO World Heritage Site. In the winter, though, it freezes over and becomes the Guinness World Record holder for the world's largest skating rink. The rink is nearly five miles long, and can hold hundreds of ice skaters as they spin, twirl, dance, and explore the city. No skates? No problem! There are several places along the sides of the rink where you can rent them. There are also a number of rest areas complete with changing rooms, washrooms, food, and fire pits to get you warm and cozy before you get back out on the ice again.

You Can Eat a Beaver Tail

If your first thought was "Bleagh! Why would I want to eat a beaver's tail?", bear with me for a moment. While there are surely lots of beavers in Ottawa, it is not their real tails that Canadians are eating. Instead, the Beaver Tails in question are actually deep fried, whole wheat pastries shaped like a beaver tail and topped with sweet toppings like Nutella, banana, cookies, cinnamon sugar, and lemon zest. Described as "both crispy and chewy at the same time," these delicious delights are served hot - making them the perfect winter treat. To get a true, authentic, original Beaver Tail, visit one of several BeaverTails stores in Ottawa, where they have been doing business since 1978, when Pam and Grant Hooker invented this fun treat. There is even a location on the Rideau Canal, so you can stop by for a beaver tail while you're skating!

Here are five of the most amazing feats made by pilots, many of which resulted in saving hundreds of lives. 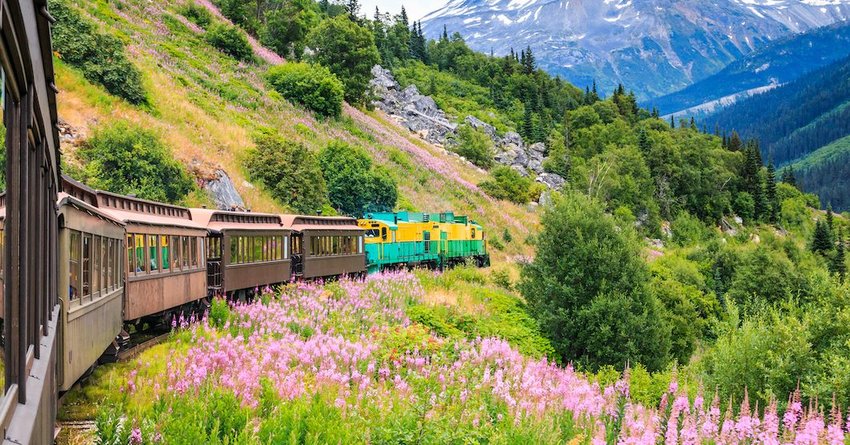 America's biggest state also has some of its most interesting small towns.