Perhaps it’s because we’re blessed with so much protected natural landscape that some national parks fly under the radar. They aren’t the first parks that come to mind -- like Yosemite or Yellowstone -- when planning an adventure. Lack of name-recognition, sometimes combined with remote locations or access issues, leave some of our national treasures out of the mix. One overlooked national park in the wilds of Alaska, one in the remote mountains of Washington State and another at the very southeast tip of Florida, are all trip-worthy destinations.

Trails switchbacking along steep, conifer-covered mountain flanks lead trekkers deeper and deeper into the forests of North Cascades National Park. Views of snow-and-ice-covered volcanic peaks, glaciers, and blue alpine lakes appear at one jaw-dropping viewpoint after another as you encounter this vast, protected wilderness area. The North Cascades Highway itself boasts incredible vistas as it passes viewpoints and leads to trailheads like the one for challenging Thunder Creek Trail. With access through the park, boaters spy Ross Lake, while the remote community of Stehekin sits along the north shore of deep Lake Chelan.

Resident grizzly bears and gray wolves call the park home, as well as some 200 bird species. Day hikes and overnights are certainly doable on your own with proper experience and planning. For carefree exploring further into the backcountry, you can book a guided, overnight trip. Even if you aren’t an experienced backpacker, an adventure with REI outfitters will let you enjoy deep-woods adventure in relative comfort. At one stop, a backcountry campsite on Baker Lake, the primary view is of 10,781-foot Mount Baker, draped in a cape of snow. At just four miles of walking per day and only slight elevation gain, the trip is designed for inexperienced hikers.

Made up of seven islands in the Gulf of Mexico, Dry Tortugas National Park sits 70 miles west of Key West, Florida. Protected coral reefs are within the park boundary, and the highlight is Garden Key, with its beaches and tours of 19th-century Fort Jefferson. The water’s-edge fortification is an  imposing stone structure, which was used as a prison during the Civil War. Interpretive guides break down the site’s history and lore, and there’s plenty more to explore.

The park’s 100-square-mile boundary comprises mostly water, and the islands are accessible only by boat and seaplane. Book your trip out of Key West, and choose what parts of the park to see. Loggerhead Key has a historic lighthouse and a thriving sea turtle population of its namesake shelled denizens. Nearby Loggerhead Reef is home to the wrecked remains of the ship Windjammer. The submerged skeleton of the 1875 ship today is a popular dive site. The Dry Tortugas are known for their diversity of marine and terrestrial wildlife, and Bush Key specifically is a favorite nesting site for seabirds, such as sooty terns.

Located in southwest Alaska some 100 miles from Anchorage, Lake Clark National Park and Preserve was proclaimed a national monument in 1978. By 1980, it was established as a national park and preserve by the Alaska National Interest Lands Conservation Act. If you really want to go deep in a place this remote, a float plane tour is the way to go. Simply combine that with your not roughing-it backcountry accommodations by booking your flight through Lake Clark Air and the Farm Lodge. With a float plane and guide at your disposal for the day trip, you’ll get up close and personal with wild Alaska via bear, caribou and wildlife viewing, flightseeing, photography workshops and catch-and-release fishing. As for your Alaska digs, the Farm Lodge is in Port Alsworth, the headquarters for the national park. With rustic-luxury style, the lodge’s standard and deluxe cabins all have heat, private restrooms with running water and covered porches. Your package also includes home-cooked meals in the main lodge. 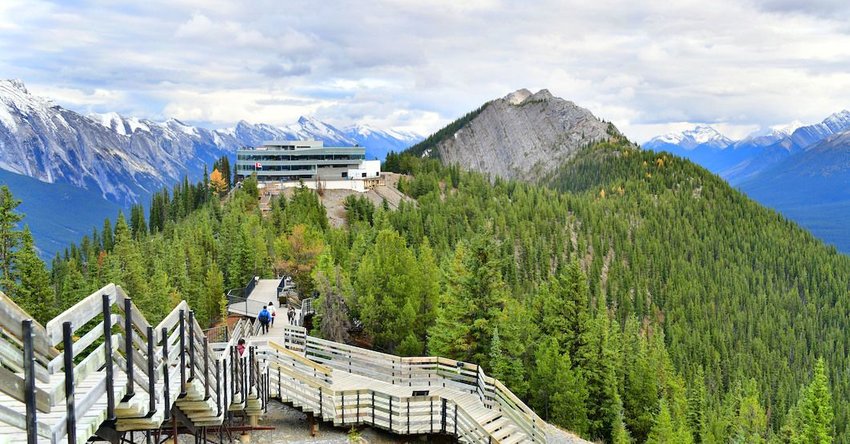 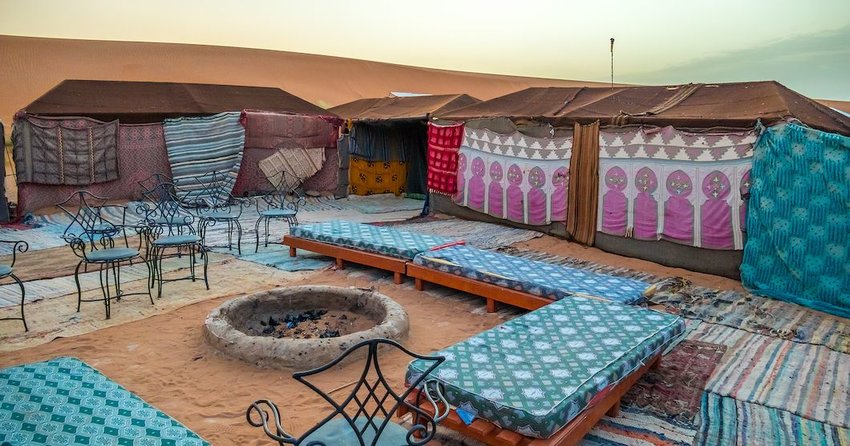 Deserts seem an unlikely spot for recreation and plush accommodations, but areas of the Sahara are tourist oases in the sand.