Airports around the world are famous — and infamous — for their unique locations, strange architecture and intriguing conspiracy theories. Some are so remote they can only be reached by daredevil pilots, while others are so immersed in the urban landscape that planes fly low enough to rattle beach-goers.

The Courchevel Altiport is less an international airport and more a ski resort parking lot in its scope and size. Adventurous visitors to the Courchevel ski resort can land on the 1,700-foot runway going uphill, and they take off going downhill at an 18.5 percent grade. It’s enough to make seasoned pilots sweat, which is why those wanting to land there must acquire a special “Qualification of Sight” license.

If the Courchevel Altiport looks familiar, it’s probably because it was featured — and successfully navigated by James Bond — in the 1995 movie GoldenEye. Currently, and for good reason, only small airplanes and helicopters can land and take off from here.

The Princess Juliana International Airport is unique not for a short runway (it’s pretty average at approximately 7,500 feet) but for its low-flying approaches and takeoffs. Search the web for videos to see just how low airplanes fly over beaches and stunned onlookers! The low flyovers have become a feature and a tourist attraction, and for good reason.

Visitors at Maho Beach in St. Martin (an island located in the northeast Caribbean Sea) can feel the rumble of the jet engines as planes pass overhead so low that beach-goers feel like they could reach up and touch the landing gear. Tourists aren’t really in harm’s way. However, there’s a once-in-a-lifetime thrill associated with watching a plane approach only to have it fly just overhead and land after clearing a small fence just behind the beach.

On the surface, Denver International Airport might not stand out from the crowd, but DIA is more than meets the eye.

For starters, Denver International Airport holds the record for the largest airport in the United States, covering 53 square miles. With this much space, it’s no surprise that DIA is also home to the longest public use runway in the country (16,000 feet long). The runway is capable of accommodating the world’s largest passenger airliner, the Airbus A380.

What’s more, Denver International Airport’s unofficial mascot is a 32-foot statue of a horse reared up and looking ominous. The fierce face and glowing red eyes of the Blue Mustang statue (known as Blucifer by locals) are already nightmarish, but the statue also killed its creator when a section fell and severed an artery in his leg in 2006. Talk about adding to the airport’s reputation of being haunted.

These monuments are indelible parts of our culture, but few of us know their strange histories. 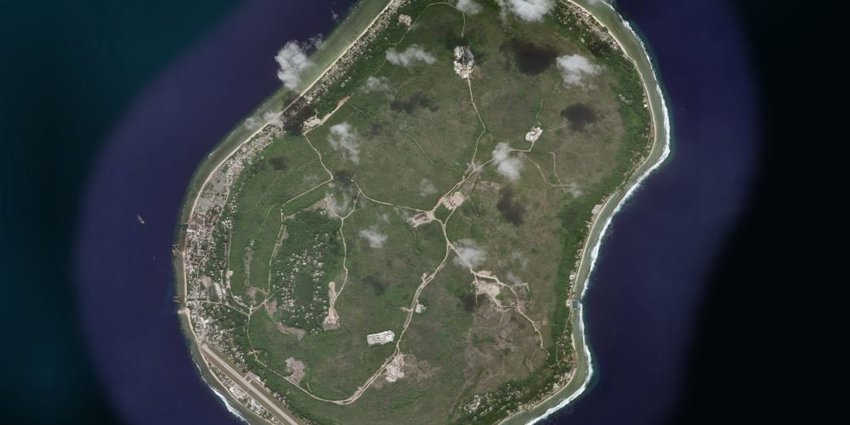 The 8-square-mile expanse holds the title for a number of “world’s smallest” achievements.