The South Asian country of the Kingdom of Bhutan offers travelers the chance to explore a spectrum of climate ranging from humid subtropical to frosty mountain alpine. Bhutan’s nearly 15,000-square-mile expanse is engulfed by the Eastern Himalayas, it wears the Jigme Dorji National Park as a cap to the north, and the Royal Manas National Park nestles up to the country in the south.

The Kingdom of Bhutan is located in an area that inspires adventure, and almost 275,000 travelers make the country their vacation destination every year. Bhutan is picturesque from end-to-end, so it’s hard to narrow down its most beautiful fascinations. Pack your suitcase for five climates, remember your camera, and be sure to visit at least these three beautiful places in that will take your breath away.

A “dzong” is a traditional fortress architecturally unique to the Bhutanese and Tibetan regions of China. There are many different “dzong” sites in the country, but the most iconic and culturally significant is the one located in the old capital city of Punakha.

Punakha Dzong was built in 1693 and is the second largest fortress in Bhutan. The mummified body of the dzong’s builder still rests there. Intricate paintings and sacred Tibetan Buddhist relics decorate Punakha Dzong, and the site also houses spiritual leaders during the winter.

For these reasons, tourists aren’t allowed to explore much of the Punakha Dzong outside of the assembly hall within the grounds. But that’s more than enough for many visitors when paired with the site’s elevation (4,430 feet above sea level) and architectural marvels.

Thrill-seekers looking to step outside their comfort zone are often attracted to the nearby Punakha suspension bridge stretching over the Mo Chhu river. The suspension bridge measures more than 520 feet from Punakha town to Punakha Dzong.

Paro is Bhutan’s second largest city, but visitors traveling to Paro usually do so for different reasons than they do the biggest city, Thimphu. Paro itself is an exceptional example of traditional Bhutanese architecture with colorful, painted wooden shop fronts that sit alongside multi-story concrete structures. Monasteries and temples are popular tourist destinations in Paro.

Travelers can explore Paro on foot in an afternoon or venture out from the city center to take in more exotic sites. One such attraction, overlooking the Paro valleys, is the Taktsang Monastery. Built into the mountainside, this monastery (also known as the Tiger’s Nest) is Bhutan’s most religious site and is considered a place of pilgrimage.

Photography is prohibited inside the Taktstang Monastery, and sightseers will need a permit to enter, but the location is on many visitors’ must-see Bhutan bucket list.

Bhutan’s current capital city, Thimphu, is also the country’s largest, but don’t let that conjure up images of claustrophobic tourist trap destinations. Tourism in Thimphu is strictly regulated in order to strike a balance between traditionalism and modernization. Visitors can find modern amenities alongside traditional Tibetan prayer wheels, cultural paintings, and temples.

One of the most visited and recognizable traveler attractions in Thimphu is the gold and bronze Buddha Dordenma statue. This 169-foot statue sits atop a hill overlooking all of Thimphu and was constructed in 2015 as a 60th birthday gift for King Jigme Singye Wangchuck.

A big part of the statue’s attraction, aside from its size, is the 125,000 identical Buddha Dordenma statues inside. They range in size from eight to 12 inches tall and are also made of bronze and gold. Bonus trivia: The Buddha Dordenma statue is said to have fulfilled two different prophecies — one about its being built to “bestow blessings, peace, and happiness to the whole world” and another referring to “the Second Buddha” that dates as far back as the eighth century.

Bhutan continues to inspire travelers around the world, from its statues to its “dzongs,” and Bhutan’s beauty can’t be boiled down into a succinct, all-encompassing list. The only way to truly take in everything the country has to offer is to buy a ticket, strap on a pack, and start visiting cities, temples, and traditionally significant locations all over the country!

Texas is home to a unique and diverse culture—and some straight-up weird things. 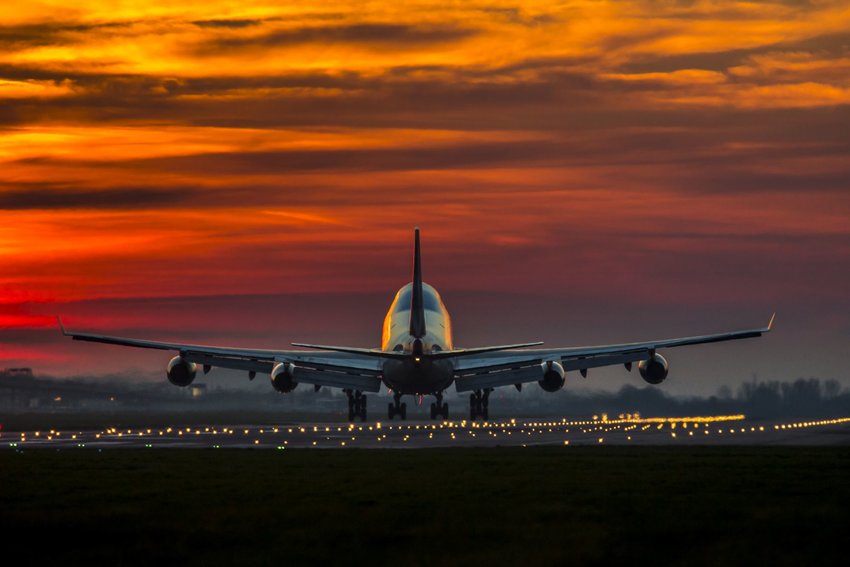 More than 80 million passengers fly to more than 200 international destinations out of Heathrow Airport every year.