Australia is one of the most amazing places in the world because its population is so in tune with nature. So many of the most beautiful places on this continent are outdoors, and include mountains, beaches and the famous Great Barrier Reef. There are millions of natural wonders to see in Australia, but here are three you can't find anywhere else.

Tucked inside Talbot Bay in Kimberly is something that doesn't seem possible: horizontal waterfalls. Although they are given the name Horizontal Falls, they are actually a natural phenomenon of a different type. These "falls" are actually tidal currents with such strength and intensity that they can "hurtle" through coastal gorges. The waterfall effect is achieved when the water hits the side of the passage they go between and makes it look like a waterfall has been turned on its side, and is running horizontally instead of vertically. This unbelievable sight was once described by historian David Attenborough as "one of the greatest natural wonders of the world," and should not be missed.

Sunrises and sunsets are always spectacular because they always remind you of the pure majesty and beauty of nature. At Uluru, though, these natural wonders are taken to a whole other level. As the sun hits the rock formations in the area as it either rises or sets, the formations seem to change color right before your eyes. What you saw before disappears as something new and incredibly colorful takes its place, making you feel as if you are witnessing magic, or perhaps even a miracle. It is like something out of a movie, and visitors can hardly believe it is real as they watch the colorful sky seep down into the textured rock. Tourists from all over the world come at dawn and dusk just to see this phenomenon. If you are interested, you can go on a hike to find a nice, quiet area to watch from, or you can set up camp at one of the "dedicated sunrise and sunset viewing areas." Just remember that once you see a sunset at Uluru, you will never look at one the same way again.

Located in western Australia, Shark Bay is an incredible sight to see. The dark, green-blue water, white sand, and red soil beyond serve to make something almost like a rainbow, and that is just the beginning. This UNESCO World Heritage Site has three "exceptional natural features" that are very rare, including a large population of dugongs (which are related to manatees), the largest, richest beds of sea-grass in the world, and algae colonies called stromatolites. The latter are some of the oldest life forms on the planet, and are considered to be "comparable to living fossils." As if that weren't enough to make this place one of a kind, it is also home to five species of endangered mammals, making it, not just a natural wonder, but a place that is essential to the survival of the planet.

Discover three intriguing pieces of history that have either been forgotten over time or simply ignored. 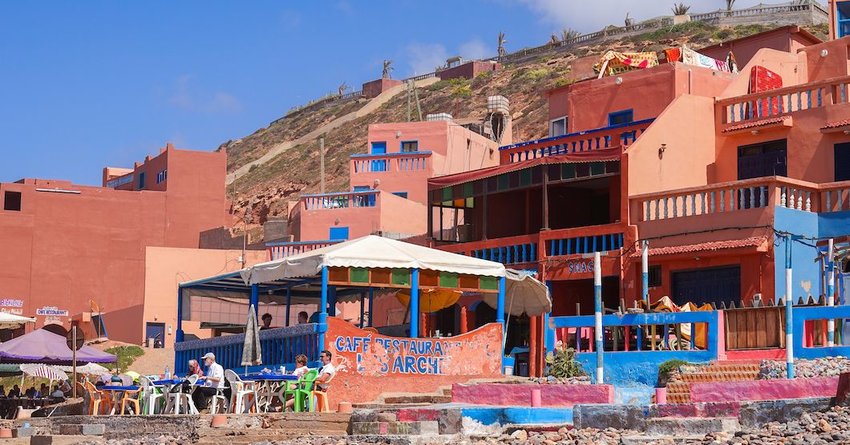 Have a more personal (read: less crowded) experience in Morocco.