The Galapagos Islands are some of the most remote and beautiful in the world – about 600 miles from any other land. There are 21 total islands that make up the Galapagos. Part of the Republic of Ecuador, the Pacific islands are also home to some incredible wildlife. Many of the animals are endemic to the archipelago – from birds to land creatures and even those that stick to the surrounding waters. Here are three exotic animals you can only see in the Galapagos:

It’s estimated that between 5,000 and 10,000 of the native Galapagos land iguanas live on the islands, making their conservation status “vulnerable,” according to the IUCN Red List of Threatened Species. At one point, they were so abundant on the local Santiago Island that naturalist Charles Darwin said, “We could not for some time find a spot free from their burrows on which to pitch our single tent.” Introduced feral animals such as pigs, rats, cats and dogs have since entirely wiped out the population on that island, though they’re still thriving elsewhere in the area. In fact, you might even see one sprinting across the runway on your flight into the main island’s airport.

These brightly-colored creatures are among the most vibrant animals on the islands. At least one of the Sally Lightfoot crab species can only be found there. They eat everything from sea lion placenta to other crabs. As scavengers, they’re notedly important to the ecosystem, eating any organic debris – like ticks off of marine iguanas. They are rumored to have been named after a Caribbean dancer due to their agility and ability to jump from rock to rock, making them quite difficult to catch. The females carry their eggs around with them on their stomachs until ready to hatch, which they do in the water. The larvae then go out to deeper waters, where they eat phytoplankton and undergo a quick series of moults – soon swimming to shore to begin their new lives and grow into adulthood.

Aside from having a funny-sounding name, the blue-footed booby is large and obviously distinctive – you’ll be able to spot and identify the birds right away. It’s one of three “booby” species found on the islands. The name actually comes from the Spanish word ‘bobo,’ meaning foolish or clown, which refers to their clumsy movement on land. Despite that, they’re agile in the air, taking to the skies at dawn to search for schools of small fish like anchovies and sardines. You’re bound to see them in large groups, too, as they typically forage in flocks of up to 200 birds.

There are a ton of lesser-known, quirky and odd museums that pack a punch. Here are four of the best and funkiest museums NOT focused on nature and science. 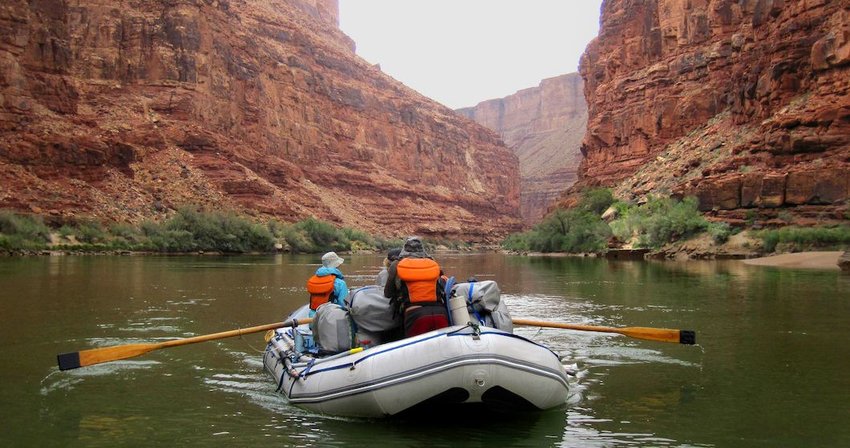 Here are the three most breathtaking rafting trips in the United States.