Canals, cheese and coffee shops, Old Masters, bicycles, tulip fields and windmills. There’s many things that are quintessential of the Netherlands and make it one of Europe’s most-loved travel destinations. It’s also a country of centuries-old festivals and traditions. Here’s three traditions to plan your visit around.

For many Dutch, King’s Day is their favorite national holiday and the country’s biggest and most raucous outdoor party. It’s a celebration of the ruling monarch’s birthday, which is currently King Willem-Alexander, and it's a tradition that began as Princess’s Day in 1885. From 1980 to 2013 the event was called Queen’s Day and celebrated Queen Beatrix. The Dutch royal family is known as the House of Oranje (Orange) and orange is the national color. Consequently, locals and tourists alike dress up in orange clothing and decorate their homes, boats and streets to honor the monarch.

King’s Day events take place throughout the Netherlands and it is the only day of the year when people can sell goods without permits at street markets. Bands entertain crowds on street corners, pubs provide an endless supply of beer and groups of friends dance the day away. The royal family also visit a chosen municipality to mingle and chat with locals. In Amsterdam the canals, parks and squares become a sea of beer-swilling orange. Utrecht is famous for its flea market and The Hague hosts King’s Night, which is a party held the night before the big day.

When the winter temperatures drop below zero and ice covers the waterways, skaters get excited about the prospect of the world’s longest ice-skating race. The Eleven Cities Tour is a 124-mile-long route between 11 historical cities in the northern Friesland province. Records show skaters traveling between Frisian cities as far back as the 1700s but it wasn’t until 1909 that an official race took place. Since then there’s been 15 races, with the last one in 1997. Ice has to be 6-inches-thick along the entire track for the tour to go ahead, which explains its sporadic occurrence.

When the ice is thick enough, officials announce the tour and it begins within 48 hours. Entrants are limited to a maximum of 16,000 skaters, all of whom must be registered with the Elfstedentocht association. In 1986, King Willem-Alexander entered with a fake name. On race days, townsfolk come out to cheer on the skaters in a showcase of Dutch gezelligheid (coziness). Outside of the winter season, the Eleven Cities are pleasant destinations to discover by bike and boat.

If you are traveling with children in winter then you won’t want to miss the excitement of Sinterklaas. According to legend, the red-caped and bearded Sinterklaas arrives by steamboat from Madrid with his helpers, all of whom are called Piet (Peter), bearing gifts to be distributed among the country’s children. The tradition has been around for centuries, although grew in popularity from the mid-1800s.

Festivities begin in mid-November when Sinterklaas sails into port at a designated seaside town onboard and elaborately decorated boat. Children welcome him by singing songs and his helpers throw candy and cookies into the crowds. The excitement continues with kids leaving shoes by the chimney in the hope that Sinterklaas will leave them gifts and sweet treats. Events culminate on December 5, when families exchange gifts, sing songs and eat snacks such as pepernoten (ginger cookies) and taai taai (chewable aniseed candy). 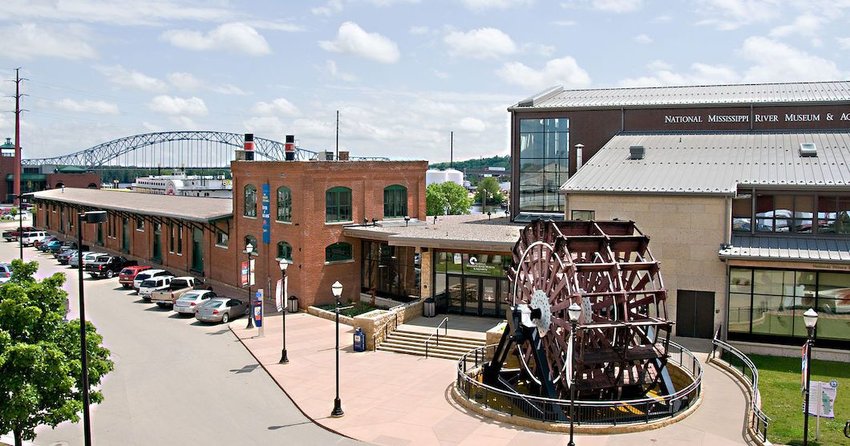 There are dozens of interesting places to stop along the Mississippi to take in the history and culture of the area. Here are three of the best.

Some cities, though, have a history that is completely unconventional and surprising. Here are four cities that began in ways you would have never expected.