If you want great underwater destinations, look no further than the islands. That’s not to say states or countries landlocked on most of their sides don’t have good snorkeling or diving off of their beaches, but the beauty typically found underwater around islands is unparalleled. The places on this list are especially noted for their underwater scenes. Here are three dream destinations for underwater explorers.

There’s no one “best” place to go underwater in the Mediterranean Sea. It’s all crystal-clear waters and utter beauty, and as such, there are hundreds of popular diving spots. Among them: Croatia’s Dalmatian Coast; Iraklia, Greece; Stintino, Sardinia (Italy); the MS Zenobia shipwreck in Cyprus; Azores, Portugal; Cote d’Azur, France; and Illes Medes, Spain. Basically, just point to a place on the map and you’re bound to find good diving, depending on the time of year. The Mediterranean has 7-10 percent of the world’s marine biodiversity, according to Nature Magazine. However, the environment is struggling with overfishing, habitat loss, and climate change effects, as is true in most underwater locations, so it’s best to be thoughtful with your dive and support organizations working to protect the local underwater habitats for future generations of explorers.

The Cayman Islands offer yet another unforgettable underwater world, offering all sorts of tours and excursions below the Caribbean Sea. PADI Travel calls diving there “the perfect cocktail of reef, wrecks and rum.” That’s because there are deep drop-offs, wreck dives to the LCM David Nicholson, as well as opportunities to spot wildlife along the reef, such as spotted eagle rays and sea turtles. What makes the Cayman Islands so ideal is the lack of current in the water along the shore. Bloody Bay Wall Marine Park, off of Little Cayman and Cayman Brac, are places to go aside from the biggest and most popular Grand Cayman. To top all that off, visibility averages between 60 and 100 feet, meaning you’re bound to see quite a bit without even having to look too hard.

The world’s first underwater hotel opened in the Maldives last year and it’s easy to see why. The Maldives, an island nation about 620 miles south of India, is a chain of 26 atolls spanning only about 115 square miles. As the world’s lowest-elevation country, it’s easy to understand the possibility for underwater exploration – because water is ingrained into the culture of the Maldives. Just search for “Maldives underwater exploration” and you’ll see the list of possibilities goes on and on for seeing the natural underwater beauty surrounding it: scuba diving, snorkeling, submarine excursions, and even restaurants built below the water. The marine ecosystem there consists of 1,100 species of fish, five species of sea turtles, and 21 species of whales and dolphins. There’s the pufferfish, lionfish, and reef sharks, just to name a few. There are 187 species of coral that form the area’s coral reefs, which have been impacted in the past couple of decades by climate change.

Serious Star Wars fans should consider a trek to one of these filming locations for an unforgettable vacation. 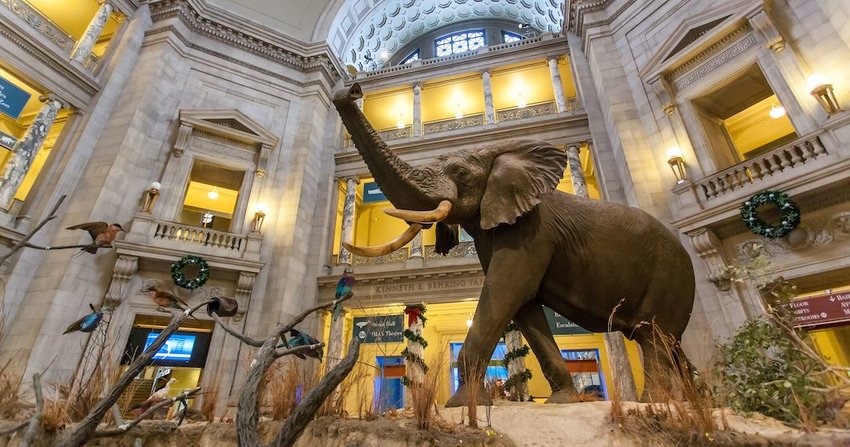 While there are history museums in every country worth visiting, there are a few that stand above the rest.