Often referred to as "America's Dairyland," Wisconsin is famous for its delicious cheeses, friendly people, and close proximity to the Great Lakes. However, there's more to this midwestern state than meets the eye. Here are just 10 of the delightfully quirky things you never knew about Wisconsin.

In the late 1800s, the Oleo Wars (which were named after the invention of oleomargarine) were raging in every state that had a strong dairy industry. Although margarine was marketed as a butter replacement in most parts of the country, Wisconsin legislators fought hard to prevent it from putting rural dairy farmers out of business.

In 1895, this state banned the sale of any margarine that was dyed yellow to resemble butter. Several other states followed suit, resulting in several decades of pink margarine being sold in the grocery stores of dairy states. Although it was banned in Wisconsin until 1967, many people smuggled margarine in from Illinois until the ban was lifted. To this day, restaurants in Wisconsin are not allowed to serve margarine unless they also offer butter.

Vanilla ice cream with chocolate sauce might seem like a simple dessert, but the ice cream sundae actually has a pretty mysterious past. According to Wisconsin history, this classic dessert was first invented in the town of Two Rivers in 1881, when a customer requested ice cream with syrup instead of soda. Despite its popularity, the dish was exclusively sold on Sundays until a little girl convinced the druggist to let her buy it on other days of the week.

Many other places around the U.S. claim their own versions of this story, but none has fought with Two Rivers quite as adamantly as Ithaca, New York, which claims to have invented the sundae in 1892. The dispute between the two cities has been ongoing for decades and Two Rivers actually issued an official cease and desist order to Ithaca as recently as 2006.

Milwaukee Is Known as "Brew City"

Long before Wisconsin was even a state, brewers were making beer in Milwaukee. With nearly 200 years of beer-making under its belt, Milwaukee has certainly earned the nickname "Brew City." Brewing is entrenched in the city's folklore and culture. Its baseball team is even called the Brewers.

Milwaukee's beer-making prowess has its roots in the 19th century, when German immigrants settled in the area and began making lagers. For anyone who loves craft beer, there are plenty of places to sample a pint. Try the 1840 Brewing Company, the Ale Asylum Riverhouse, or the Brewfinity Brewing Co.

Sheboygan Is Known as the Malibu of the Midwest

Speaking of icy weather, Wisconsin offers an unexpected pastime to anyone willing to brave the cold — surfing. Yes, you read that right. For over 50 years, intrepid adventurers have been donning their wetsuits and hitting the waves in Sheboygan. This has earned the city the nickname "Malibu of the Midwest," although you shouldn't expect warm, sunny shores. The prime surfing season runs right through winter — beginning in August and ending in April.

It's the Birthplace of "The Onion"

Jokingly referred to as "America's Finest News Source," "The Onion" was first founded by two college students in Madison. Although it has grown to immense fame with a net worth of half a billion dollars, "The Onion" was initially only intended to be a small local newspaper. In fact, the editor-in-chief even revealed that the main goal of the satirical news organization was originally to sell pizza coupons. Despite its worldwide audience, these days "The Onion" continues to have strong midwestern roots and features many midwesterners on its writing staff.

It's the Only State Where You Can Become a Master Cheesemaker

Wisconsin takes its cheese pretty seriously. In fact, the state is the only place in the country where you can become a master cheesemaker. However, it's not easy to snag a spot in this training program. To even qualify, you must have held a Wisconsin cheesemaker's license for at least 10 years and be currently making cheese in a Wisconsin plant.

The Milwaukee Mile Is the Oldest Operating Speedway in the World

Located at the Wisconsin State Fair Park, the Milwaukee Mile is an oval racetrack that has hosted an auto race almost every year since 1903. It has enough seating for up to 45,000 people to watch the spectacle and continues to host races to this day. Until it was paved in 1954, this iconic speedway operated as a dirt track.

You Can Go Hunting for Trolls in Mount Horeb

You've probably heard fairytales about trolls, but in Mount Horeb, you'll find real-life versions of these mythical creatures scattered all over town. Mount Horeb calls itself the "Troll Capital of the World" and anyone visiting will have a great time trying to find the many wooden troll statues in the area. Once you've had your fill of troll hunting, be sure to stop by Sjölinds Chocolate House, where you can partake in just a few more of the Norse delights Mount Horeb has to offer.

Only 28 U.S. cities have their own official bird and Madison is unique among them. This quirky city is the only one in the country to have a plastic bird as its official mascot. The surprising choice comes from a prank pulled at the University of Wisconsin-Madison in 1979, when a group of students stuck 1,008 plastic pink flamingos on the university's front lawn overnight. The prank became completely iconic and the city declared the plastic flamingo its official bird in 2009. 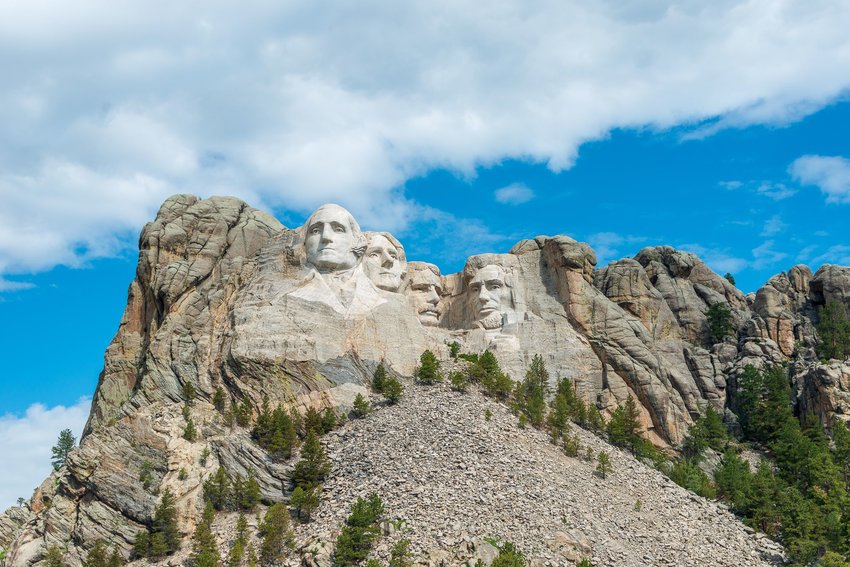 America's most famous landmarks are well-traveled tourist destinations, but these seven landmarks have secret features you might not know about. 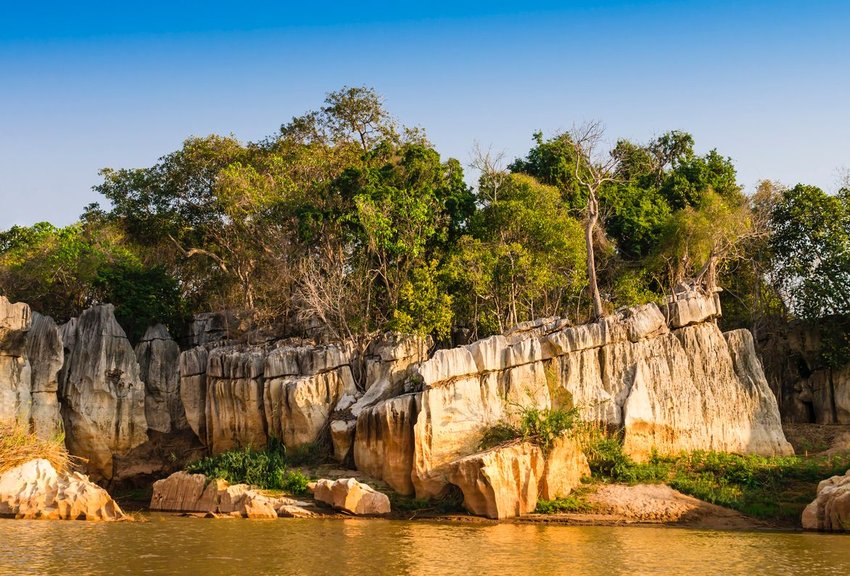